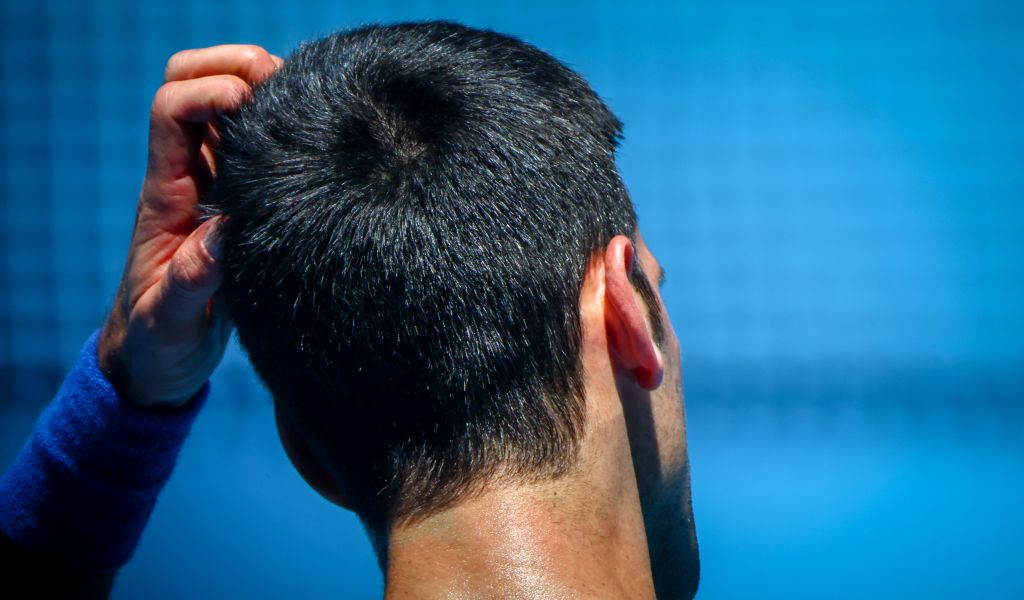 It is the story that continues to dominate the tennis agenda, with Novak Djokovic’s deportation from Australia after his visa was revoked continuing to stir huge emotions on social media platforms.

Here, Tennis365 looks at five of the most mentioned themes around the storm that will rumble on as Djokovic considers his next move ahead of upcoming events in the Middle East next month and America in March.

In many respects, he was. The world number one was given a visa to travel to Melbourne to defend his Australian Open title and then found himself caught up in a storm that should never have been allowed to stir.

It is clear now that an unvaccinated Djokovic needed to contract Covid-19 between his final match at the Davis Cup on December 3rd and around December 16th to give him a realistic chance to secure a medical exemption to travel to Australia.

Medical documents confirm he tested positive for the virus in that narrow window and on that basis, he had every right to travel to Melbourne as soon as his visa was confirmed.

Why that visa was issued and what came next is a whole new debate, as is Djokovic’s behaviour after his positive test on December 16th.

The tennis media is conspiring to undermine Djokovic

This is an accusation that has constantly thrown out by Djokovic’s passionate supporter base for many years, but it rarely comes with any realistic motive.

There is no denying that Roger Federer and Rafael Nadal are the more popular players in the three-way GOAT battle that has dominated the game for the last two decades.

Yet Djokovic’s relationship with the media has been good up to this point, with his eagerness to attend press conferences and give insightful answers to questions never in doubt.

He even staged in an end-of-season tradition of giving out sweets to the media at the ATP Finals in London.

It is also important to appreciate that many of the negative reports targeting Djokovic amid the visa drama were written by news and showbiz reporters and NOT tennis correspondents.

Djokovic’s deportation was a direct attack on the Serbian nation

This accusation was thrown out by Djokovic’s outspoken father Srdjan and the Serbian President Aleksandar Vucic, but it is one of the more bizarre sideshows of this story.

References to Serbia’s troubled past and the war that a young Djokovic lived through in Belgrade have nothing to do with a story evolving around why the now 34-year-old tennis player has opted to remain unvaccinated while an overwhelming majority of players on the tour have followed the rules clearly set out to play at the Australian Open.

If a high-profile unvaccinated player from Morocco, Mexico or Mali tried to get into Australia to play tennis this month, it would have caused just as big a storm, with the nationality of the player involved an irrelevance.

As for the theory that tennis reporters have an agenda against a country they rarely visit and has given the game on one of its biggest stars of all-time…why would that be the case?

This is one myth that lacks any credibility.

This is the end of Novak Djokovic’s career

Former world number one Mats Wilander and four-time Wimbledon semi-finalist Tim Henman posed this question in their exclusive interviews with Tennis365 ahead of the Australian Open, but the global trend of the pandemic may be heading in a direction that will now work in Djokovic’s favour.

After initial suggestions that he would not be allowed to defend his French Open title unless he was vaccinated, the lifting of restrictions around the world in recent days suggests that threat is now fading.

He also looks set to be allowed into the UK to defend his Wimbledon title and by next August, there is a good chance American restrictions will not block his entry to the US Open.

So Djokovic may well be able to continue his tennis career as one of the only unvaccinated players on the tour.

Djokovic’s reputation is shattered beyond repair

Damaged, but not shattered, is the best way to sum up where Djokovic’s image lies after the events of the last few weeks.

Along with his ill-conceived Adria Tour in mid-2020 that ended when a large number of players and the families contracted Covid at the start of the pandemic and his elimination from the US Open after he hit a line umpire in the throat with a ball, this story will be part of Djokovic’s legacy.

This visa story still has unquestioned answers and with Djokovic admitting he attended an interview at a time when he knew he had Covid is a version of events that John McEnroe described as “unbelievable” earlier this week.

So there is a need for Djokovic to explain on camera what happened around his positive Covid test, with some unlikely to forgive him for attending an event if he knew he had the deadly virus and could have passed it on to all in attendance at the interview.

Despite all of this, there is every reason to believe he will revive his reputation if he can get back on the court and starts winning major titles again.

If Djokovic ends his career with the most Grand Slam titles and a host of additional records, Djokovic will still be marked down in the history books as the greatest player in the history of the men’s game.

That title will help to erase some of the negativity that has hovered around him in recent weeks.