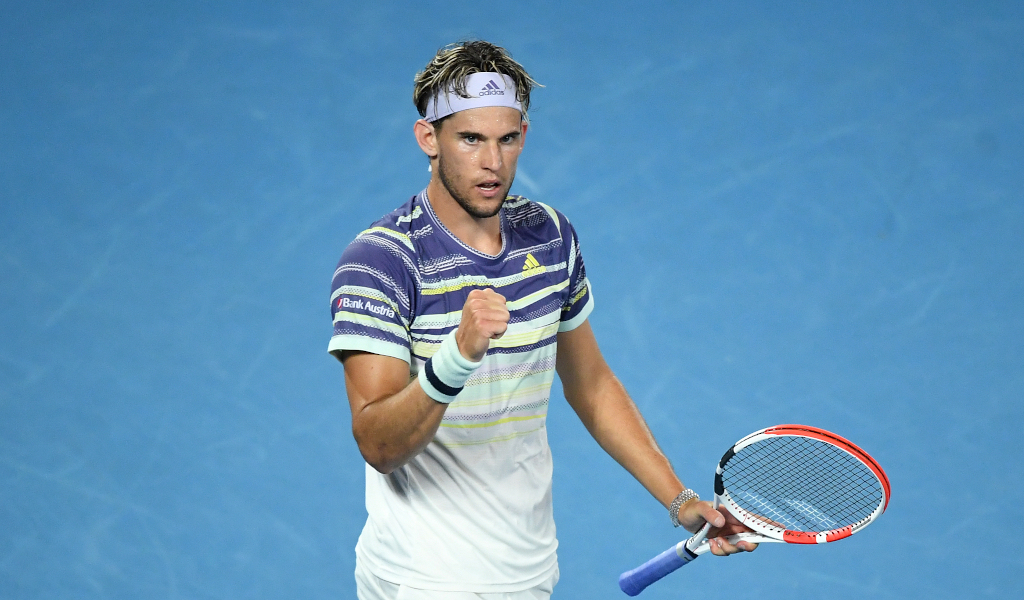 Dominic Thiem produced one of the performances of his career to beat Rafael Nadal in four sets at the Australian Open.

The fifth-seeded Thiem found himself behind in the opening two sets, but managed to draw level and then won the tie-breakers before Nadal was given hope with the third set.

The Austrian was back to his best in the fourth set and was serving for the match, but threw it away before finally getting the job done in another tie-breaker.

World No 1 Nadal certainly had his chances in the first two sets as he was a 5-3 up in the opener and had a 4-2 lead in the second, but Thiem broke back in each set and then edged the tie-breakers.

The 19-time Grand Slam winner, who had beaten Thiem in the final at Roland Garros the past two years, got a lifeline in the third set as a single break in game 10 earned him the set.

However, the pressure got to the 26-year-old and a double fault and several unforced errors saw Nadal draw level.

After throwing away two match points in the tie-breaker, Thiem finally put the final nail in Nadal’s coffin on the third match point to claim his first win over the Spaniard at a Grand Slam.

“Such a really mentally tough situation. Couldn’t handle it,” Thiem said after letting slip his advantage in the fourth set.

“But I turned it around in the tie-breaker.”

He will face Alexander Zverev for a place in the final at Melbourne Park after the German beat Stan Wawrinka in four sets.