Edmund: I can win the Australian Open 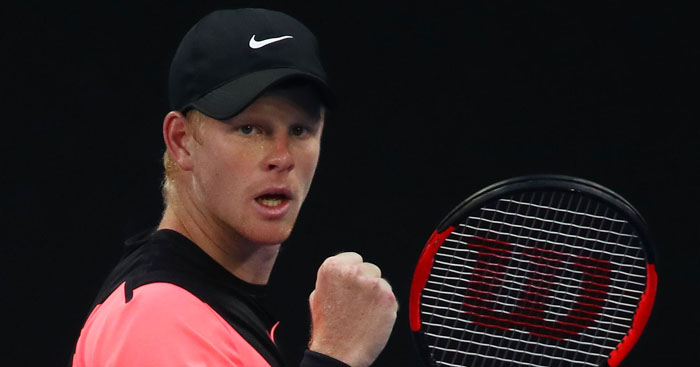 Britain’s Kyle Edmund reached his first Grand Slam quarter-final and believes he can go all the way and win the Australian Open.

He will now play third seed Grigor Dimitrov, and should he win that then he would very likely have to beat Rafael Nadal and either Roger Federer or Novak Djokovic to lift the trophy.

But Edmund has a lot of confidence in his game and himself and, having won four matches, does not consider another three to be beyond him.

He said: “I have to believe it. That’s why I’m in the quarter-finals, because every time I step on the court, I believe I’m going to win. So it’s no different now.”

Edmund’s run makes him the first British man apart from Andy Murray to reach the last eight in Melbourne since John Lloyd in 1985, and the first at any slam since Tim Henman 14 years ago.

He said: “It’s great to be in the quarter-finals. It’s certainly my best result at a slam. It’s not easy to win four matches at a grand slam. I’m definitely pleased. It shows I’m improving. Also that the hard work is paying off.

“I have known for a while that my game is a good game and it’s dangerous and it can beat a lot of players. I feel I have a good ability to control matches and the outcome of matches. I just have to learn for myself where I haven’t been getting it right to get it right.

“The belief just obviously grows as you get better results and go further in tournaments. I’m playing well, feeling good and I want to keep pushing on as well as I can.”

Edmund has one of the biggest forehands in the game and has troubled many of the leading players without quite making it over the line.

One of those opponents was Rafael Nadal, who Edmund took a set off in Monte Carlo last year – the only set the world number one lost in the whole tournament.

“He’s a good player, of course, and for me it’s not a surprise,” Nadal said of Edmund’s progress. “It was a little bit more surprising for me last year he lost a lot of close matches. I really believe in his potential. He has a huge serve, huge forehand, and he hits very strong the ball. I really think he’s going to have a great year.”

After his gruelling five-set duel with Nikoloz Basilashvili in the intense heat on Friday, the key question was how well was Edmund able to recover.

The British number two looked weary in the first set and, although he forced a tie-break, Seppi was clearly the stronger.

And Edmund looked in real trouble when 33-year-old Seppi, who has beaten Roger Federer and Nick Kyrgios twice on previous visits to Melbourne, broke serve early in the second set.

But Edmund dialled up his mighty forehand and hit straight back, and when he broke again to level the match, the momentum swung decisively in his favour.

Edmund insisted fatigue had not been a factor in his sluggish start, saying: “It was just he got off to a good start. He timed the ball well, dictating more points than I was. I was probably doing a little bit more reactive stuff.

“It was really good to turn it around. I just stuck in there. Scoreboard pressure. I broke him at 6-5 and after that really took control.”