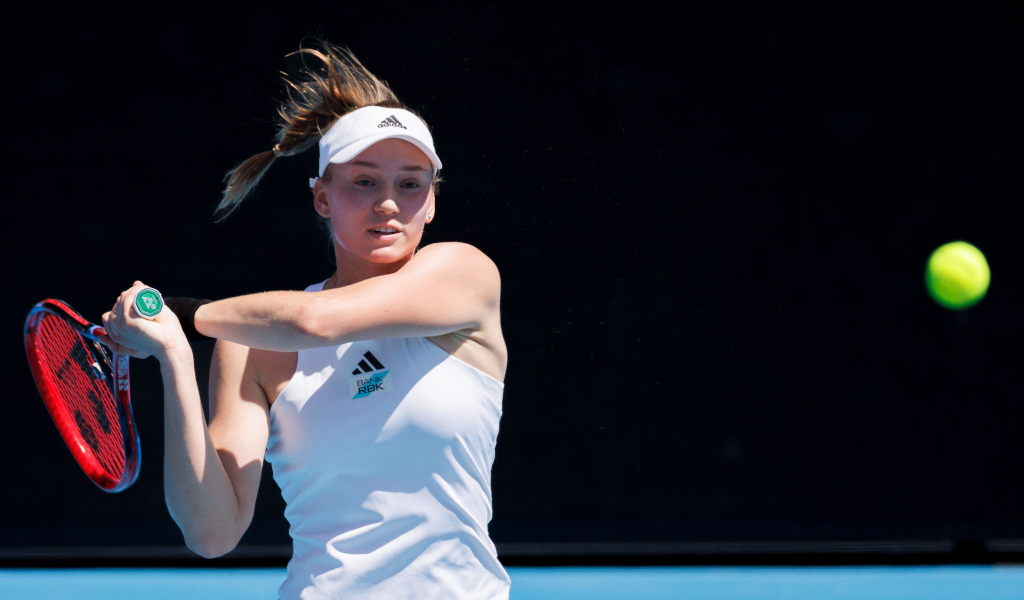 Wimbledon champion Elena Rybakina eased into the semi-finals of the Australian Open with a straight-sets victory over Jelena Ostapenko.

As expected between two of the biggest hitters on the women’s tour, this was first-strike tennis, but Rybakina was the steadier in a 6-2, 6-4 victory on Rod Laver Arena.

Both had caused upsets in the previous round, Rybakina defeating world No 1 Iga Swiatek and Ostapenko powering past Coco Gauff.

The Latvian, French Open champion in 2017, was through to her first Grand Slam quarter-final for nearly five years, but produced too many errors to put any real pressure on Rybakina.

Wimbledon champion Elena Rybakina is into her 2nd major semifinal.

The Kazakh No 1, who is edging closer to the top-10 position she would have occupied had Wimbledon offered ranking points, broke serve to open the match and was 3-1 ahead when a heavy shower caused a delay and led to the roof being shut.

Rybakina maintained her momentum on the resumption to take the first set and, although Ostapenko, who again continually complained about the accuracy of the automated line calling, opened up a 2-0 lead in the second, she could not hold onto it.

The world No 25 broke back in game three and, after holding, edged ahead in game five with a second break.

Ostapenko saved the first two match points, but the game was done and dusted soon after.

Almost three-quarters of the points were decided within four shots while Rybakina’s serve, the best in the women’s game following Serena Williams’ retirement, yielded 11 aces and was a key difference between them.

“I’m super happy to be in my first semi-final, it’s amazing to be in the semi-finals here,” Rybakina said in her post-match interview.

“Of course I was nervous, especially in the last game to be honest.

“I wasn’t as nervous as before the match so I’m super happy that I managed with the emotions and I played really well today.”

The 23-year-old will take on either Jessica Pegula or Victoria Azarenka in her second Grand Slam semi-final on Rod Laver Arena on Wednesday.

“For sure, I’m going to watch it,” she said. “But at the same time, I need to forget about tennis just for a few hours, to rest the mind, then prepare for another tough match.”