Elina Svitolina speaks of ‘disturbing’ absence of fans in Melbourne 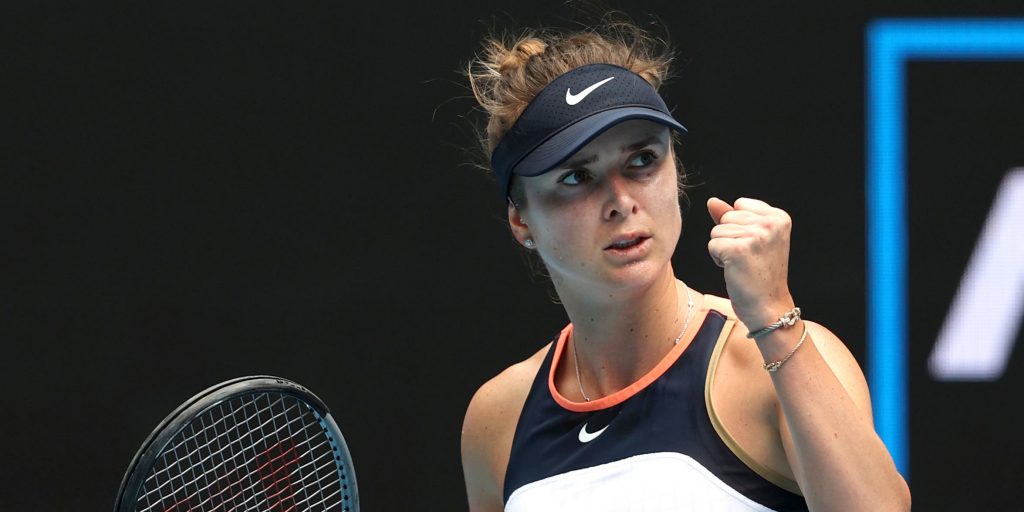 Elina Svitolina says she had to remind herself she was playing at a grand slam after becoming the first player to win at a behind-closed-doors Australian Open.

Fans were not allowed in for the first time after Melbourne was placed in a five-day lockdown on Saturday, meaning no-one was there to witness Svitolina’s 6-4 6-0 win over Yulia Putintseva.

The fifth seed chose not to play at the US Open last September while spectators were allowed into the French Open a month later, so this was her first experience of playing in an empty stadium at a grand slam.

“It was very different conditions,” Svitolina said. “I played a night match at 7pm with a good crowd. Now it was completely different. It was for sure a bit disturbing, I would say, in some ways sad.

“But it is what it is. I had to accept. I had to have a good mindset, not thinking too much about that. I just tried to focus on my game.

“I actually had few thoughts about it, it feels like a practice match. I tried to convince myself that it’s a grand slam and that we are playing an important match. I have to focus on my match.

“But for sure there’s some thoughts and there is I say some low moments that can sneak into the mind. It’s what we have to deal with. I’m trying my best to do it.”

Svitolina did a pretty good job, coming back from a break down in the first set to rattle off nine successive games and book her place in the fourth round, where she will play Jessica Pegula.

Karolina Pliskova admitted she did not know she could be punished for smashing a racket off court.

The fifth seed lost her cool during a two-set defeat to friend and compatriot Karolina Muchova, who won 7-5 7-5.

After already breaking one racket during the first set, which earned her a code violation, she again took her frustration out in a second racket as she left the court and received another violation, which saw Muchova awarded the first point of the second set.

Pliskova quickly put her surprise behind her as she stormed into a 5-0 lead only for Muchova to stage an impressive comeback, winning seven successive games to win the match.

“I was a little bit surprised,” she said. “But I think actually it helped me in the second set because I was p****d so I started to play well. So, surprised, of course.”

Donna Vekic was staring defeat in the face before staging an impressive comeback to beat Kaia Kanepi.

Kanepi, who beat defending champion Sofia Kenin in the second round, had another seed in her sights when she led by a set and 3-0 only for the Croatian to produce her best and claim a 5-7 7-6 (2) 6-4 victory.