Could Emma Raducanu lose some of her lucrative sponsors? 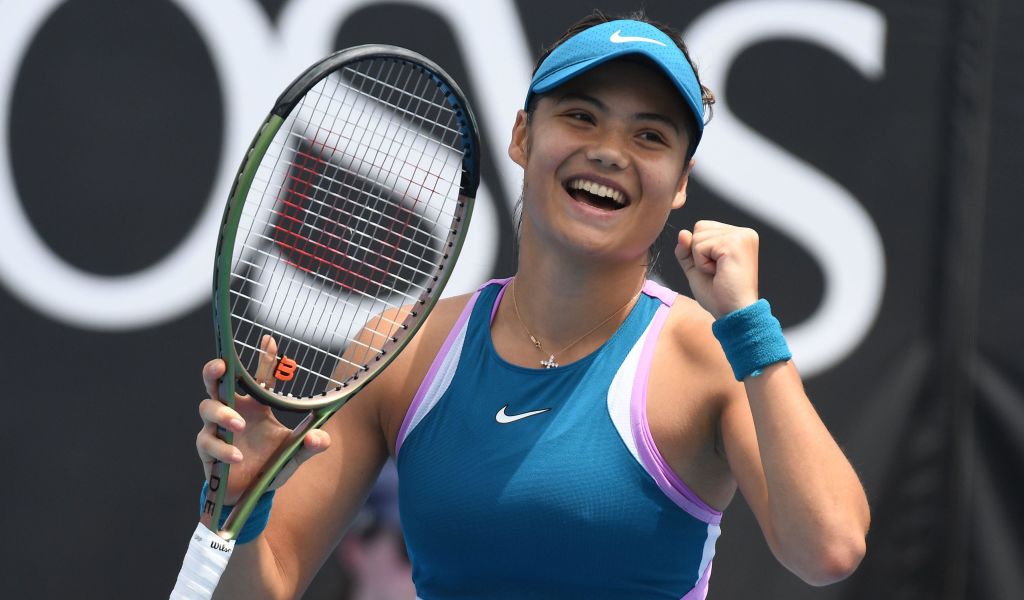 Emma Raducanu made a successful start to her Australian Open campaign with a straight-sets win on Monday, but she may need to maintain winning tennis in 2023 to hang onto some of her more lucrative sponsorship deals.

Raducanu gave herself a clean bill of health at the Australian Open as she looked ahead to a mouth-watering second-round clash with Coco Gauff.

It will pit probably the two biggest young stars in the game against each other, with both having transcended tennis in a way that even dominant world number one Iga Swiatek has not yet managed.

Excitement about the potential match-up was tempered by Raducanu’s ankle injury suffered in Auckland 11 days ago that threatened her participation in the tournament.

She had it taped up on Monday and looked tentative at first against German Tamara Korpatsch on serve and moving out wide to her backhand but settled into the match well and finished the 6-3 6-2 win with a beaming smile on her face.

“I’m obviously really happy to be through to the second round,” she said. “It was always going to be difficult, coming in with so little prep and being out there.

“Everything I’ve done has been quite controlled the last week. So to test it out in a real match and with the unpredictability and stuff, I was just getting used to it in the beginning. But it felt good.”

Raducanu’s upbeat start to 2023 is a stark contrast to what was a challenging 2022, as she struggled to come to terms with her status as a Grand Slam champion and a star of the game.

The Britsh youngster failed to live up to her inflated billing after her remarkable US Open win in 2021, but she did show flashes of brilliance over the course of her maiden year on the WTA Tour.

The lack of success on the court has seen her ranking slide down dramatically in the last year and it has also sparked speculation over how her form could impact her sponsorship deals.

Raducanu became one of the most marketable assets in world sport after her US Open win, with Nike, Wilson, HSBC, Porsche, Vodafone, British Airways, Evian, and Dior among her current backers.

Those deals are believed to be worth in excess of £10million, but it is unclear whether they are performance related.

Raducanu is one of the most recognisable names in the women’s game, she has a huge social media presence that is confirmed by her 2.5million Instagram followers.

Yet there have to be doubts over whether high-profile sponsors will continue to pay big-money to a player who is not succeeding on the court.

Raducanu headed into the Australian Open ranked at No 77, which is not the ranking that would normally be associated with a player backed by the A-list companies on her client list.

Some of Raducanu’s deals are likely to have been signed on long-term deals, but there have been reports that some may be up for review soon.

Raducanu’s breakthrough in tennis came with her run to the fourth round at Wimbledon in 2021 and sponsorship deals that may have been signed after that run are still in place now.

Details of the terms of those agreements are confidential, but if there was a two-year review period that could come up next summer.

Raducanu can end doubts over her sponsorship deals by starting the New Year in sparkling fashion and former top ten player Barbara Schett told Tennis365 that she expects success for the youngster in the coming months.

“With Emma it is always about the fitness,” Schett told Tennis365 ahead of the Australian Open, which is live and exclusive on discovery+ and Eurosport.

“Since she won the US Open, there have been a lot of injuries and I’m not sure how well she has prepared in this off-season, but Emma will come back. She is too good of a tennis player not to be in the top ten.

“It is not that long ago that she won the US Open from nowhere. She wanted to win a round in that tournament to buy herself a new set of ear pods.

“Suddenly she wins a Grand Slam title and she has all these sponsors, all this attention.

“I think people are patient with her, they have not crushed her yet. This is good to see.”

The Australian Open is live on Eurosport and discovery+