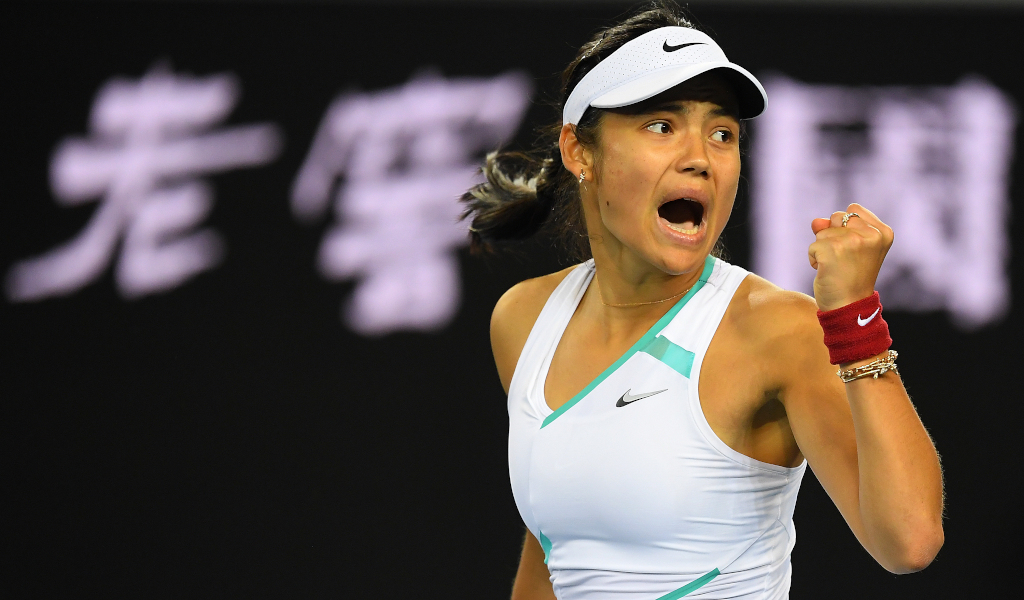 Emma Raducanu shone at a Grand Slam again as she marked her Australian Open debut with victory in the battle of the US Open champions against Sloane Stephens.

The 19-year-old has found wins hard to come by since her extraordinary success in New York in September but, back on the big stage, Raducanu came up with the right formula again to claim a 6-0, 2-6, 6-1 victory.

She lost just four points in a startling first set that admittedly was woeful from Stephens before the American hit her stride in the second.

A Melbourne moment to remember ✨

🇬🇧 @EmmaRaducanu opens her account at the #AusOpen with a first round victory over Sloane Stephens, 6-0 2-6 6-1.

That set up a first ever decider at this level for Raducanu, and she could not have handled it any better, keeping her cool and striking the ball with confidence to clinch victory after an hour and 45 minutes.

Both players went into the match undercooked – Raducanu after a battle with Covid-19 and Stephens following her wedding to footballer Jozy Altidore on New Year’s Day.

Raducanu won only one game against Elena Rybakina in Sydney last week having just returned to full training and it was hard to know what to expect from her here.

What transpired in a remarkable 17-minute first set was that Raducanu had found her sharpness while Stephens looked like she was still on honeymoon.

Stephens made error after error, allowing Raducanu the freedom to go for winners, which she made with aplomb.

Stephens looked a star in the making when she reached the semi-finals here nine years ago but her career had been more troughs than peaks prior to a brilliant run to the title in New York in 2017.

The last few years have brought a few more highlights mixed with many underwhelming results but Stephens remains a fluent ball striker and sublime mover, and someone who often finds her best on the big stage.

Her scalps at the slams last year included Karolina Pliskova, Petra Kvitova, Madison Keys and Coco Gauff, and she set about turning things around at the start of the second set.

She was helped initially by a dip in level from Raducanu but it did not appear to bode well for the teenager that, even when she found her range again, the fleet-footed Stephens still had the answers.

Raducanu knew how important the start of the deciding set was and she gave a gritty fist pump after holding serve in the first game.

If there was evidence here of Raducanu’s greenness, there was also plenty of the prodigious ball-striking that wowed fans and players alike at Wimbledon and the US Open, and the competitive steel that was just as important in her success.

She broke Stephens to lead 2-0 and then overcame an embarrassing moment when she thought she had won the next game only to be told by the umpire that it was in fact 40-15.

Stephens’ heart for the fight began to ebb away and, although she avoided a second bagel, a netted backhand gave Raducanu victory on her third match point.