Emma Raducanu news: British No.1 snaps back at her critics 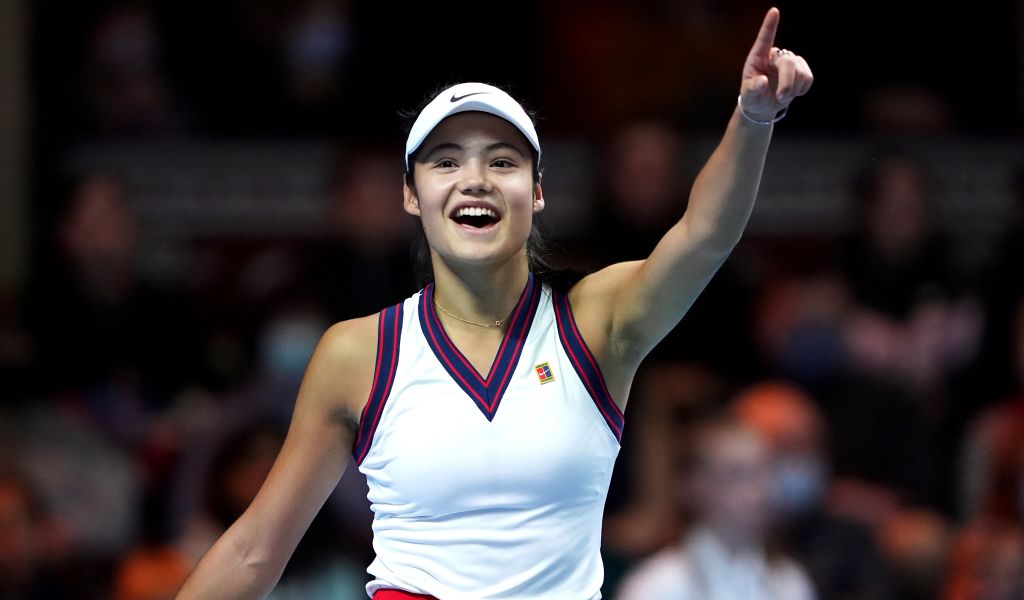 Emma Raducanu has joked about the comments she’s inundated with in an advert for her sponsors Nike, the day before the Australian Open gets underway and wants to prove herself on-court at Melbourne Park next week.

During the promotion video, Raducanu is shown hitting balls while words such as “distracted”, “fluke”, “perfect” and “one-hit wonder” appear behind her.

Ever since the 19-year-old won the US Open last season she’s been talked about non-stop, with people either speculating that she’ll be the next best thing in the sport or she won’t live up to expectation, especially after she lost her first game on the WTA Tour.

However, she revealed that this advert perfectly highlights how she feels and explained why she feels confident ahead of the first Grand Slam of 2022.

In her pre-tournament press conference she said: “I think the video speaks for itself, that’s how I feel – that’s it, full stop.

“It’s a challenge to try and find the balance of waiting to get out there and practice so much straight after coming out of isolation but if you overdo it with the hours after not doing anything for 20 days you always start picking up little niggles.

“The first week I wasn’t able to practice so much but after Sydney, the match, it was just good to see where I was at that point in time – afterwards I went out to sharpen up a few things on the practice court.

“I’m actually feeling like there’s progress, all I want to see is that I’m getting slightly better and I have a better feeling, I think that gradually I’m getting there.”

Raducanu started her first full year on the WTA Tour earlier this week with a nightmare defeat to Elena Rybakina at the Sydney Tennis Classic, who was full of momentum after playing in the final of the Adelaide International where she was eventually beaten by world No 1 Ashleigh Barty.

The British No 1 lost 6-0, 6-1, only winning one game to ensure the score line wasn’t a double bagel – but it did mean she bowed out of the Sydney-based tournament after the first round.

She only found out she was facing the Russian-born Kazakhstani on the Sunday before the competition as she was meant to play Iga Swiatek however she pulled out to focus on recovering before the Australian Open.

As well as this, Raducanu had her training cut short after contracting Covid-19 in December, meaning she couldn’t play while she was isolating, therefore this early departure from the warm-up tournament could have been a blessing in disguise to catch up on the training she missed with coach Torbin Beltz at Melbourne Park where she’ll be playing her matches in the major tournament.

This will only be her eight professional tournament and the fifth since her win at Flushing Meadows where she has since only managed two wins.

It’s to be expected that the girl who was only just doing her A-Levels last year won’t win every match she plays in and Raducanu is taking this on-board and not putting pressure on herself like other people are.

“I feel like there’s actually no pressure on me, I feel like I’m just happy to be here and have a swing – I had to jump a few hurdles to play here, so I just want to go out there and have fun and enjoy (being) on the court,” she said.

“I would say the biggest challenge is to be patient. I’m a bit of a perfectionist. Whether that’s practice, whether that’s off the court, I want to be the best I can all the time. Sometimes it’s just not very viable.

“I need to just relax. As long as the trend is trending upwards, just a matter of small fluctuations, I think I can be proud. Whatever challenge that is, I feel kind of ready to face it now.”

The teenager has a tough opponent for her opening tie at the Australian Open as she will face former world No 3 Sloane Stephens, who has since dropped to No 68 in the rankings.

Stephens has had a far from consistent career – making it to the semi-finals of the season opening Grand Slam when she was 19 years old, going to the US Open 2017 unseeded due to poor form but then winning the competition, and then winning Wimbledon a year later.

The 28-year-old won’t be easy for the Bromley local to beat, but no one could have thought she’d win the US Open last year and she did, so maybe she might not be a “fluke” as some people are predicting.