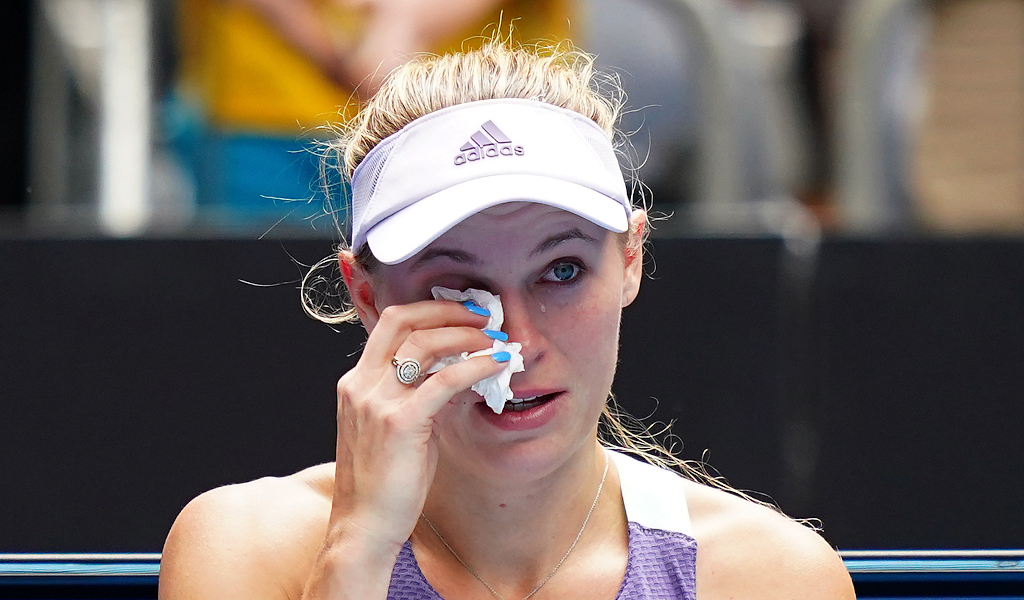 The tears flowed on Melbourne Arena as the curtain came down on Caroline Wozniacki’s tennis career as she was beaten by Ons Jabeur at the Australian Open.

Former world No 1 Wozniacki had announced at the backend of 2019 that this year’s season-opening Grand Slam at Melbourne Park would be her final WTA Tour event.

After producing two excellent displays in the opening two rounds, the Dane put up a fighting display against Jabeur before going down in three sets.

Wozniacki looked down and out in the third set as she found herself 3-0 down, but rallied to get back on serve before the Tunisian put the final nail in her coffin with a break in game 12 for a 7-5, 3-6, 7-5 victory.

Jabeur paid tribute to her opponent after the match.

“You are such an inspiration for me and for many players, and I’ve been lucky enough to be on tour with you.”

And then it was 2018 Australian Open champion Wozniacki’s turn to say her final farewell to the crowd.

“Only fitting that my last match was a three-setter, a grinder, and I finished my career with a forehand error. Those are the things I’ve been working on my whole career,” she joked.

She added: “Guess this is just how it was meant to be.”

“I think it was only fitting that my last match would be a three-setter, a grinder and that I would finish my career with a forehand error.”