‘Everyone is surprised, but I am not surprised’ – Sofia Kenin backed to bag Australian Open crown 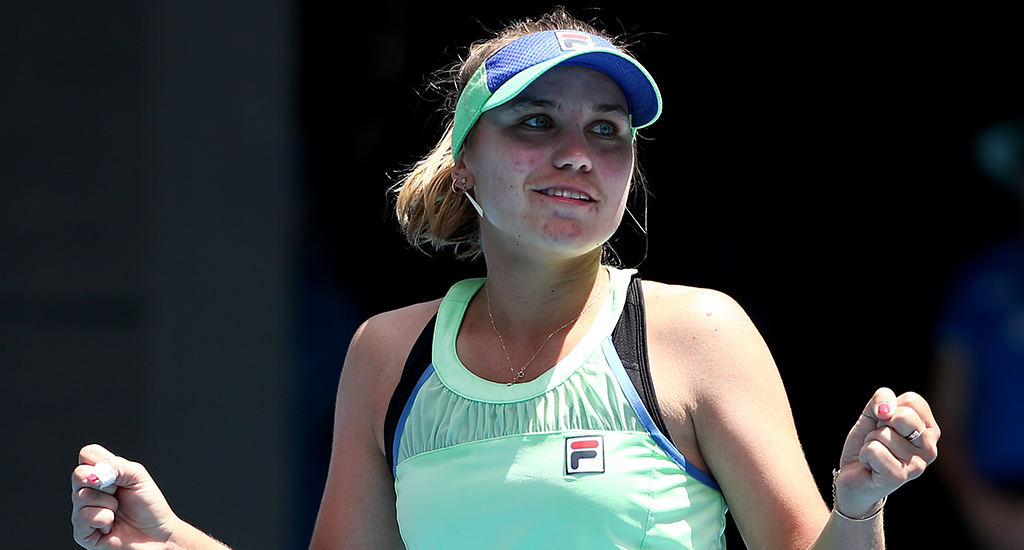 Sofia Kenin has been backed to complete a surprise victory in the Australian Open – by her doubles partner, who says she’d not actually be surprised at all.

The 21-year-old American will contest her first grand slam final on Saturday when she takes on two-time major winner Garbine Muguruza at Melbourne Park.

Kenin had never previously been beyond the fourth round at a slam but she showed her big-match mentality in beating Serena Williams at the French Open last year and has risen swiftly up the rankings to 15th.

She was also a child prodigy marked out for stardom at an early age, while she made her US Open debut at 16, and she will crack the top ten for the first time next week regardless of her success in the final.

Kenin’s doubles partner, Bethanie Mattek-Sands, said: “Everyone is surprised. But, knowing her and seeing some of her wins this year, I am not really surprised.

“I don’t consider her that much of an outside shot at this title. She is feisty, she showed mentality really wins matches.”

After ending the run of 15-year-old Coco Gauff in the fourth round, Kenin played the party pooper role again by knocking out big home hope Ashleigh Barty in the semi-finals.

“I watched the match yesterday and the feeling was Ash had a lot of momentum in both sets and it really was Sofia’s fire that got her through,” said Mattek-Sands.

“She came up big with some returns on the right points and that’s what it takes. Her ball is deceptively big. She places it well and she just does what it takes.

“If it takes doing a two-handed backhand drop shot, if it takes lobbing all day long, she goes in with the mentality, ‘What have I got to do to win?’ And that’s what champions do.

“I’m proud of her. She’s just a really a unique person who is genuinely herself and I think that’s ultimately what wins tennis matches.”