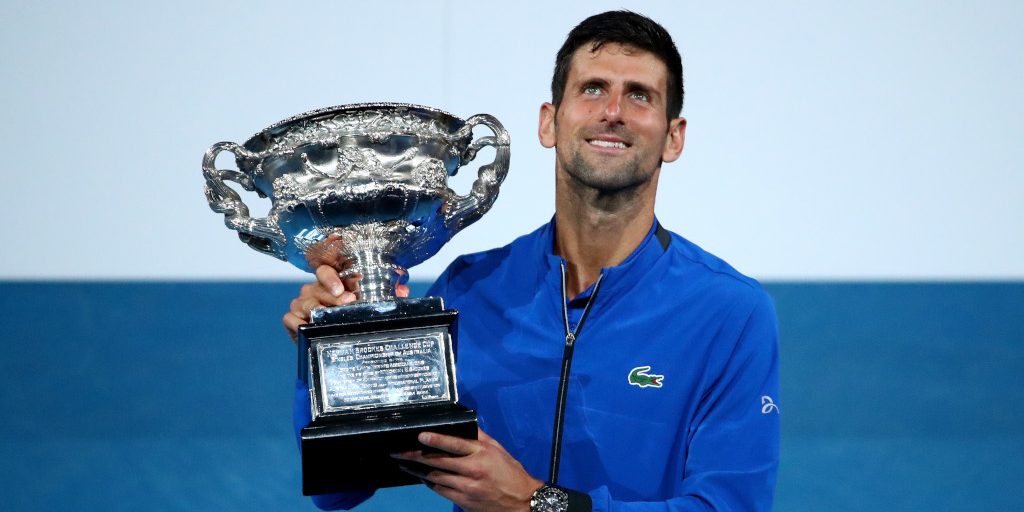 The 2019 Australian Open men’s final won’t go down as a classic, but Novak Djokovic won’t care as he delivered a sizzling performance to beat Rafael Nadal and capture his 15th Grand Slam title.

Not many players can make Nadal look like an ordinary player, but that is exactly what the world No 1 did at Rod Laver Arena on Sunday.

And he did it pretty much from the word go as he laid down the marker early on and there was no stopping the Djokovic steamroller after that as he won 6-3, 6-2, 6-3 in two hours and four minutes.

He broke as early as the second game of the match and never looked back as he won the opening set in just over half an hour, having dropped only a single point on his serve.

If the plan works, why change it?

Djokovic continued to make the Spaniard scramble all over the court in the second set, but he had to wait until the fifth game to get the break and then doubled up two games later.

The Serb broke again in game three of the third set and, although Nadal managed to eke out a break point in game five, he had had too much for the world No 2.

He eventually wrapped up the win on his second championship point in game nine as he became the first man to win seven Australian Open titles. He now also holds three majors having won Wimbledon and the US Open last year.

The victory also saw him move alone into third place on the all-time Open Era Grand Slam winners’ list as his 15 major titles mean he is just him five behind Roger Federer and two adrift of Nadal.