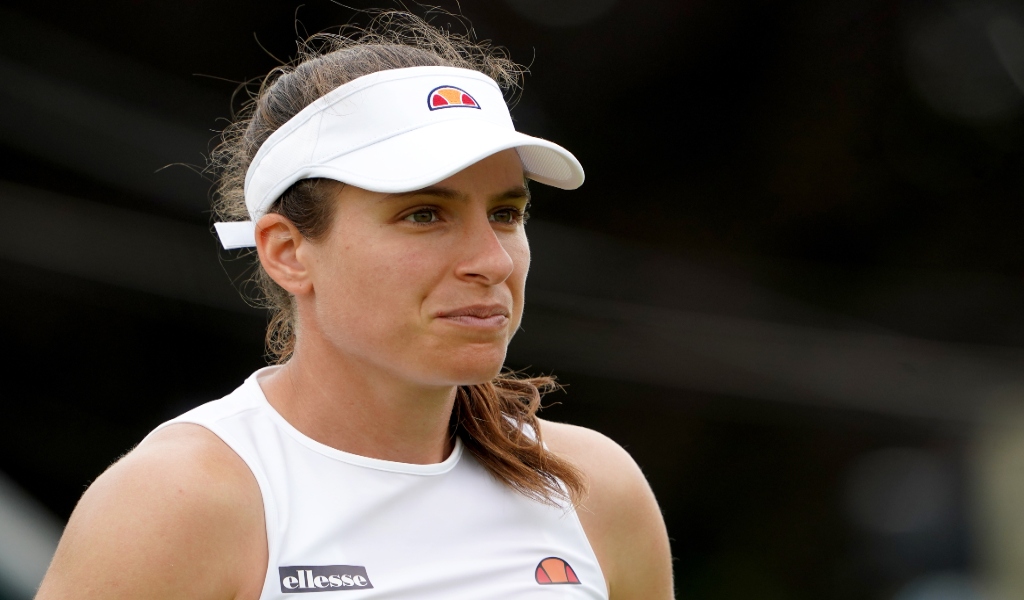 Johanna Konta has been struggling with her fitness and could miss out on the first Grand Slam of the season in Australia.

The 30-year-old only managed to play in one major tournament throughout the 2021 season, the French Open, where she was beaten in the first round by Romanian player Sorana Cirstea.

She then missed Wimbledon after a close contact of hers tested positive for Covid-19 and subsequently missed the Tokyo Olympics after returning a positive test herself. Her year ended on a low note as she also withdrew from the final major, the US Open, due to an injury.

On top of that, Konta has admitted to having heart palpitations and feeling lightheaded after matches – but she doesn’t know why.

“I have heart palpitations sometimes – basically my heartbeat quickens for no reason, I feel a little dizzy,” Konta told Tennis Actu TV.

“The first time this happened was in Birmingham in 2017; the second time was in Beijing in 2018 – the third time was three months ago when I was doing my training block on clay at my home in London.

“I wouldn’t say that there is a massive common denominator, there have been stressful situations and stress-free situations.”

Due to the former British No 1 rarely competing this year, her world ranking has fallen to No 112, which is why she wouldn’t make the cut for the Australian Open and would have to qualify to make the main draw.

The deadline to enter the season-opening Grand Slam at Melbourne Park is fast approaching so Konta and her team will have to make a decision over the next few weeks.

Although this is bound to be frustrating for Konta, she isn’t dwelling on these setbacks and is instead looking at the bigger picture.

She revealed: “It was very difficult – there was nothing good and nothing fun about having Covid and having to miss Wimbledon and the Olympics, there is no getting around that.

“However, I consider myself a happy, positive and pragmatic person, and I like to take a step back and look at the good things that I have in my life.

“At the end of the day, I looked at my life and everything is fine.”