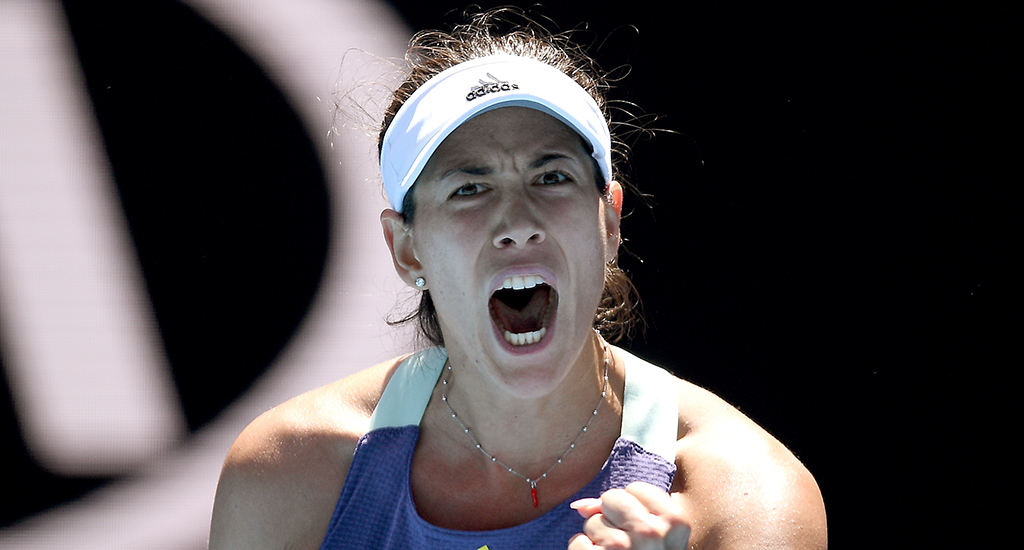 Garbine Muguruza is through to her first Australian Open semi-final after defeating Anastasia Pavlyuchenkova on Wednesday.

Muguruza is unseeded but has shown some of the form that brought her the French Open title in 2016 and Wimbledon a year later to put together her best run at Melbourne Park.

She had only reached one slam semi-final since winning Wimbledon, at the French Open in 2018, and lost her first set of this tournament 6-0 to American Shelby Rogers as she recovered from illness.

From there Muguruza has been inspired and she won a battle of the big hitters 7-5 6-3 against Russian Pavlyuchenkova, who has now lost all six of her slam quarter-finals.

Muguruza will face Simona Halep in the semi-finals, and she is understandably expecting a very tough match.

“I adapted to the circumstances [against Pavlyuchenkova],” Muguruza said after the match.

“Sometimes you don’t feel great but you have to fight and stay there. The first set was very hard – I think it lasted around an hour – so it was a very important set and I’m happy I got it.

“I’m going to study my opponent. I’ve known her for quite a long time so I know it’s going to be a tough match.”