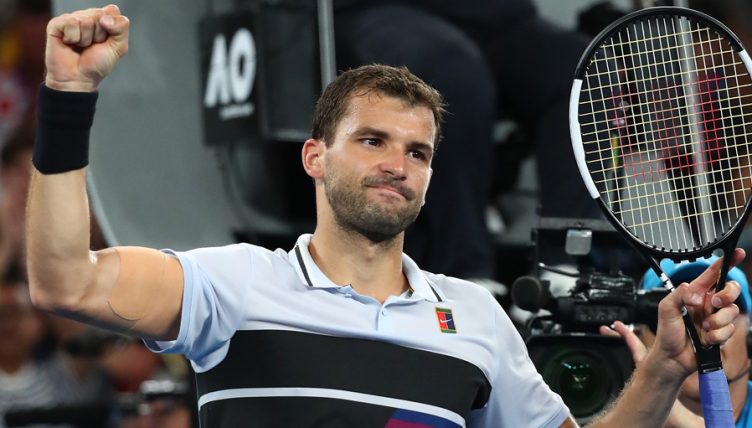 Grigor Dimitrov and Milos Raonic continued their quietly impressive advances at the Australian Open on Saturday as they moved into round four.

Bulgarian Dimitrov, who is hoping to bounce back from a disastrous season last year, was too good for Thomas Fabbiano, overcoming the Italian 7-6 (7-5), 6-4, 6-4.

“It was a great, obviously, day. I’m happy,” Dimitrov said after the match.

“It’s so nice to have the roof. That’s the number one thing.

“I was serving well, moving well. All those things were a plus for me. Yeah, on to the next one now.

“Doesn’t matter on what stage you are, what round you are. For me, this is a great way obviously to start this tournament.”

Dimitrov will run into American Frances Tiafoe next after he overcame Andreas Seppi to reach the second week of a Grand Slam for the first time.

“He’s going to be dangerous to play,” admitted Dimitrov.

“He’s going to be excited. It’s new ground for him. So, yeah, I don’t expect it to be an easy match at all.”