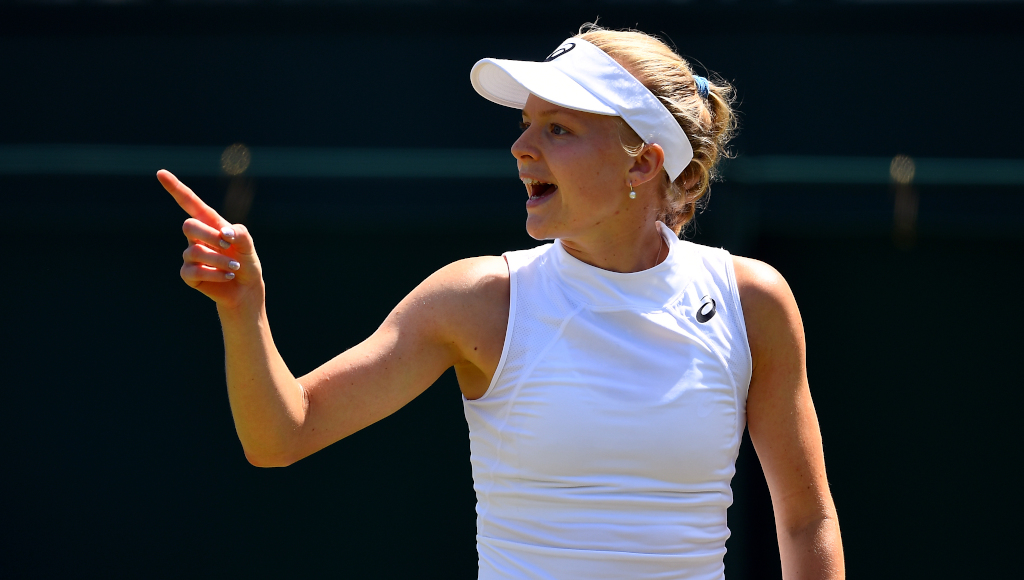 Harriet Dart failed to win a single game during her Australian Open opener in 2019, but fast forward 12 months and she has a match win under her belt and will face a “big name” in Simona Halep in the second round.

The Brit was demolished 6-0, 6-0 by Maria Sharapova in her maiden main draw match at Melbourne Park last year, but she has come on leaps and bounds.

The 23-year-old found herself 5-1 down during the tie-breaker in the deciding set, but dug deep.

“I’m just really proud of the way I was able to stay composed and get over the line in the end,” she said. “It was definitely tricky at 6-5 having match points, keeping it together. She stepped it up, I thought, at the start of the tiebreak and I was just really proud of myself to fight back and compete.”

Next up is former world No 1 and two time Grand Slam winner Halep.

“She’s a great champion and it’s a great opportunity for me to see where my level is at. Whatever court we play on, it’s probably going to be a big court because she’s a big name,” Dart said.

“The occasion might be a bit different but, at the end of the day, it’s just another tennis match.”