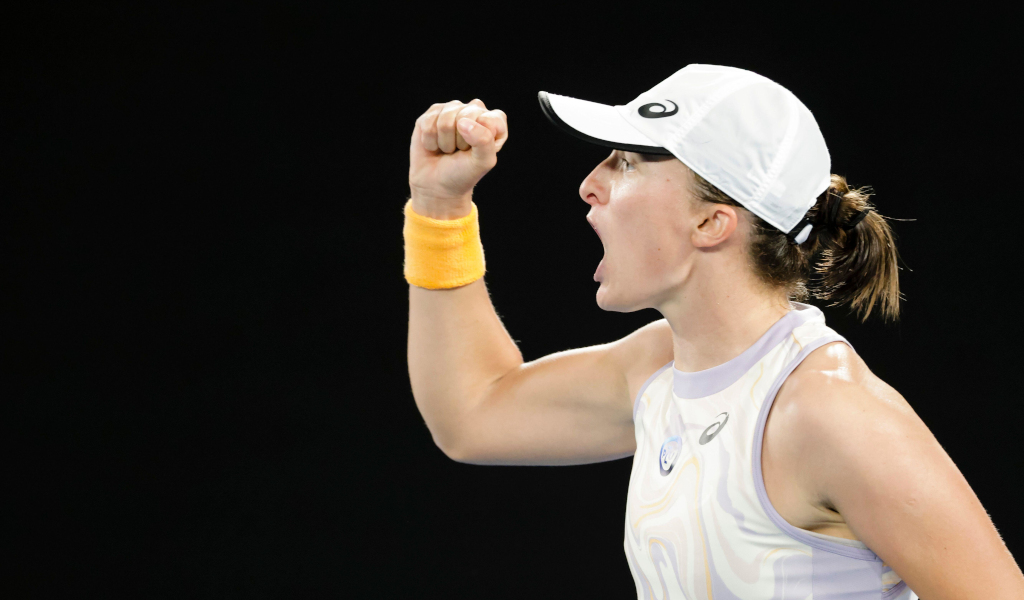 Mats Wilander believes that Iga Swiatek is so consistent that players without extraordinary power stand no chance against her.

Swiatek has managed to put power players away as well but Wilander feels that it will take a huge effort to stop the Pole.

Wilander feels that she is already approaching the level of the big three men’s players.

“The most important part of Iga Swiatek is that she’s very reliable now,” said Wilander.

“There’s a certain style of player that cannot beat her. If you don’t hit the ball hard, you cannot beat Iga Swiatek. And it’s nearly becoming [like this] on every surface so that’s got to be such a good feeling.

“When you’ve watched someone like Novak Djokovic or Rafael Nadal over the years, you realise early in Grand Slams – ‘ok, this guy cannot be Rafa, there is no chance’.

“And I think Iga is setting that tone. Half of the locker room, or maybe even more, kind of think ‘well, I can’t do anything. I can’t hurt her!’”

Wilander believes that Swiatek’s next match, against Elena Rybakina, could be a big test for the World No 1.

Rybakina won Wimbledon last season, and will have both the belief and the skills to overcome Swiatek, according to the Swede.

He notes that another big-hitter, in Jessica Pegula, handed Swiatek defeat at the United Cup.

“There’s also a part of the locker room that think ‘I’ve got the game to maybe disturb her’,” said Wilander.

Former British No 1 Tim Henman believes that Swiatek is a smart player who has a psychological edge over most of the tour.

“These types of performances continue to send messages to the rest of the draw. She is absolutely on her game,” added Tim Henman.

“At the United Cup, she had a bit of wobble in losing to Pegula, but now she’s in Melbourne you feel she’s finding her range and form.

“It [winning easy] also conserves energy. She wants to go through to the final and win this event, and when you’re coming through matches like that it can only be a good thing.”

Swiatek will be back in action against Rybakina on Sunday, 22 January, in the Australian Open last 16.

She is aiming to win her fourth Grand Slam and first Australian Open.

The World No 1 can also add to her WTA Rankings points total, which is approaching an all-time record.