‘I was already dealing with the loss,’ says Dominic Thiem after incredible comeback against Nick Kyrgios 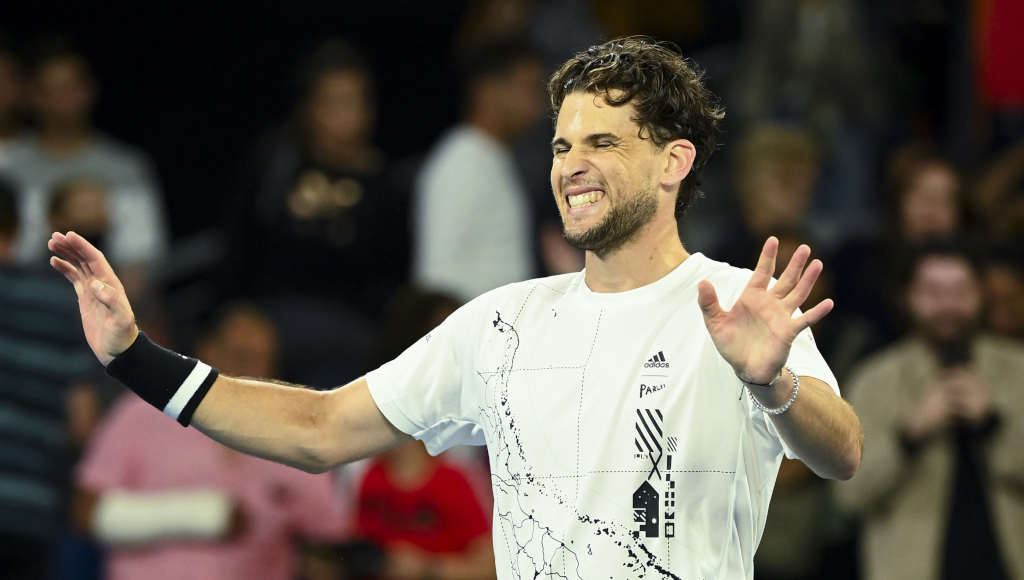 He found himself two sets and two break points down in the first game of the third set, but Dominic Thiem somehow got out of jail to beat Nick Kyrgios in a five-set marathon at the Australian Open.

US Open champion Thiem was up against it early on as the Australian showman threw everything from drop shots to underarm serves at him and it worked a charm for the local hero.

Kyrgios broke in the opening game of the first set and in game nine of the second set to take a commanding 6-4, 6-4 lead. He was in the ascendency early in the third set at 15-40 on the Thiem serve.

ALL FIRED UP 😤@NickKyrgios has raced to a two sets to love lead 😱🇦🇺#AusOpen | #AO2021 pic.twitter.com/XZDiii5XeN

During his on-court interview the third-seeded Thiem admits in his mind he was already dealing with defeat early in the second set.

“Honestly, I was already dealing with the loss. First of all, playing against Nick and his favourite crowd – there are easier things to do. That’s one of the toughest challenges in our sport. You never know what is coming. He’s a huge player when he’s on fire like today.”

“Giving up is never an option, there is always a chance”@ThiemDomi‘s spirit was never broken 💪🇦🇹#AusOpen | #AO2021 pic.twitter.com/I797JvA14S

Thiem, of course, also found himself two sets down in the US Open final against Alexander Zverev in September and turned things around to win his maiden major.

“That match at the US Open showed me that giving up is never an option, there is always a chance. Today I was so close to losing, if he breaks me in the first game of the third set the match is over, but I was fighting still,” he said.

“With the break in the third set I realised that maybe there is a chance to turn it around.

“I also got used to his game, to the court, the great atmosphere and the longer the match went, the more comfortable I felt.”