‘I was debating really strongly in my head to retire,’ reveals Novak Djokovic after dramatic win 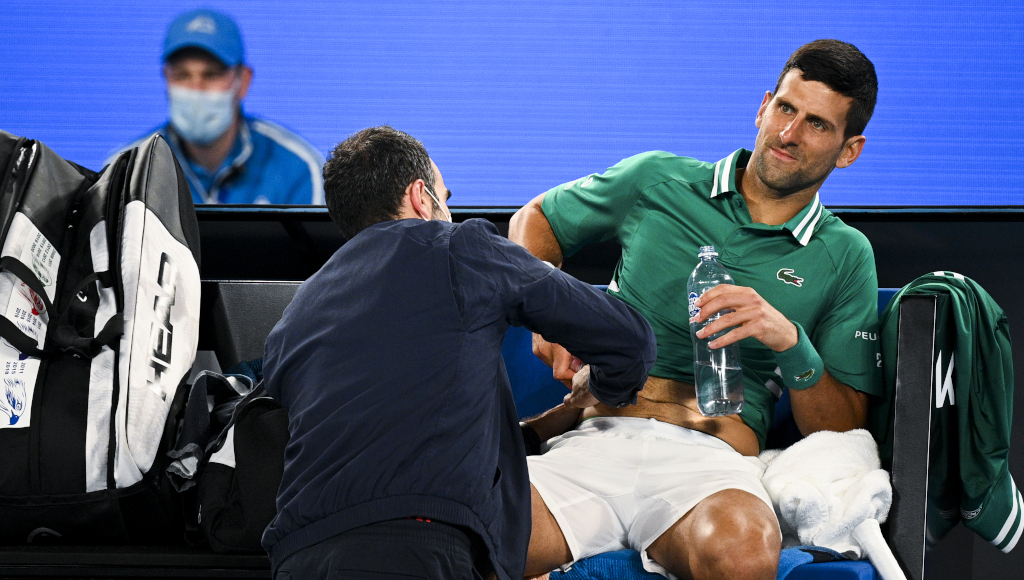 He was unable to “move, rotate and return” at some point during the match, but Novak Djokovic still managed to walk away with the win against Taylor Fritz.

The 17-time Grand Slam winner appeared to be on course for a three-set win in the third round on Rod Laver Arena, but there was a big twist in the third set.

Leading 2-0, Djokovic slipped following a slide and immediately pulled up holding his side and stomach, which required treatment.

Novak Djokovic is in a lot of pain right now. He’s still playing on though. #AusOpen pic.twitter.com/cWoTF91TqT

He continued, but his American opponent pounced and took the next two sets to take it to a decider.

Novak Djokovic admits he is unsure whether he will be able to play in the next round of the #AusOpen pic.twitter.com/lXbP4MvI3o

“I think it’s a tear. Well obviously mentally and emotionally, I feel great,” he said in the Eurosport Cube.

“It’s a huge relief to pull this one through in these kinds of conditions I found myself in… it was one of a kind type of match, for me, that’s what I said on the court, and I really mean it.

“It’s one of the best moments I have had in my career under these circumstances.

“Obviously I don’t want to talk about the intensity, or the level of injury, or the pain, it’s not going to matter much because people don’t understand what you go through on the court.

“The way it felt at the beginning of the third set, when I got my first medical timeout, I was debating really strongly in my head to retire the match after two games, because I just couldn’t move, I couldn’t rotate, I couldn’t return, the only thing I could do is serve, and that’s what got me out of the trouble … I knew my only chance is if I serve well and put pressure on his service games, which happened.

“And whatever is happening here [the injury] got better in the fifth, and I could start to play, and return a few serves.”