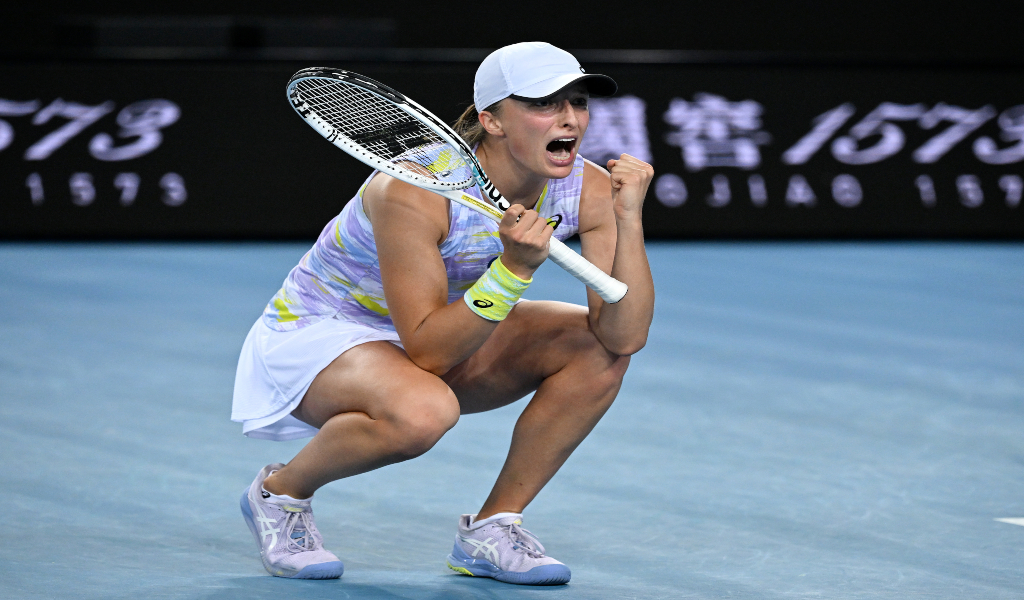 Iga Swiatek struggled to hold her emotions in after she grinded out a victory against Sorana Cirstea for a place in the quarter finals at the Australian Open.

The world No 9 started the match off on the backfoot as the Romanian player broke her on her first game, and despite levelling the game 4-4, Cirstea broke her again meaning Swiatek lost the first set, but she held on and finished the tie with a 5-7, 6-3, 6-3 win.

Although the Pole was the favourite to win the game given she was up against the world No 38, Cirstea was coming into the match full of momentum after she beat 10th seed Anastasia Pavlyuchenkova in the previous round and didn’t go easy on her, which must have made Swiatek think twice and be cautious to underestimate her opponent.

However, once the first set was out of the way, the former French Open champion had nothing to worry about and was even crying happy tears once the tie had concluded.

Welcome to the final eight, @iga_swiatek 👋

The world No.9 comes from a set down to defeat Sorana Cirstea 5-7 6-3 6-3 and advance to her first #AusOpen quarterfinal.#AO2022 pic.twitter.com/2mG6JFQVgs

“This match was so much energy and it was hard to stay calm, during the match my stress level was high – I cry when I lose and I cry when I win,” the 20-year-old explained.

“These kind of matches are going to give me a lot of confidence for the future, because coming back from losing in the first set and against a player who’s constantly going forward, it’s pretty hard and I did that.

“I feel like I can approach these different scenarios on court, and at the end it’s pretty positive.”

There is no doubting that Swiatek really puts the effort in when it comes to Grand Slams despite only reaping the full reward for it once, in 2020 when she won at Roland Garros.

This year marks the sixth consecutive time the world No 9 has made it to the second week at a major competition, even though this is the first time she’s made it to the quarter finals at the Australian Open.

Swiatek will next face Estonian 36-year-old Kaia Kanepi in the quarter finals on Wednesday.