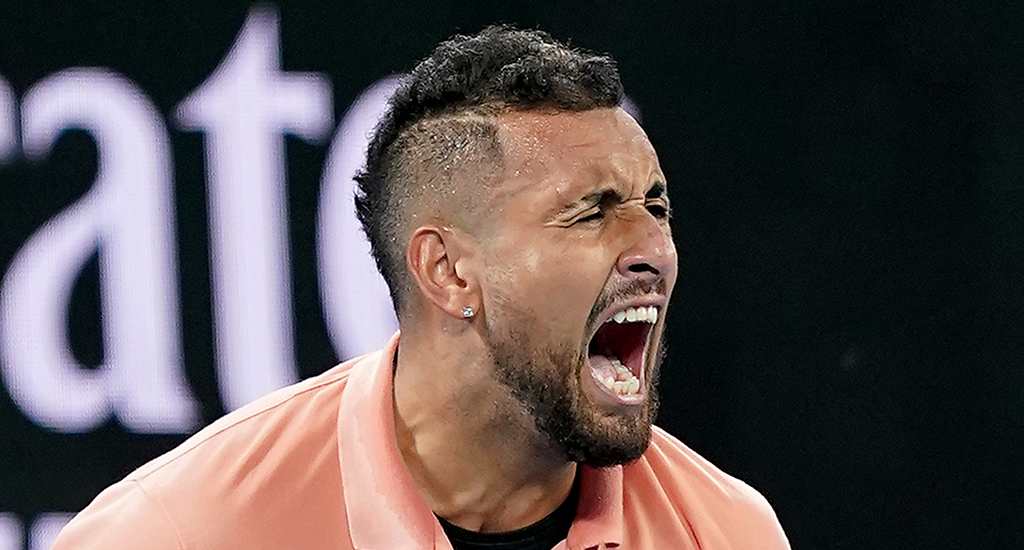 Nick Kyrgios brushed off the home-crowd hope pressure by powering his way to an impressive Australian Open first round win on Tuesday.

Kyrgios went into the tournament as the top-ranked Australian after Alex De Minaur was forced to withdraw with injury, but he showed little signs of struggling with the expectation.

The 24-year-old’s stock is high at the moment thanks to his efforts in leading tennis’ response to the wildfire crisis and he kept his focus on court in a 6-2 7-6 (3) 7-6 (1) victory over Italy’s Lorenzo Sonego.

He was also was left speechless when John McEnroe used the on-court interview to pledge to donate 1,000 Australian dollars (approximately £525) to the bushfires relief effort for every set Kyrgios wins this fortnight.

“It was awesome,” said the 23rd seed. “Obviously I felt like he wanted to help. I’m sure a lot of people appreciate that.

Kyrgios enhanced his ‘man of the people’ image before hand by requesting to play on a public court Melbourne Arena rather than the showcourts. It is a decision he seemed very happy with afterwards.

“This is probably my favourite court in the world, I always request to play here early on,” Kyrgios explained. “You guys are the best, I feel the support.