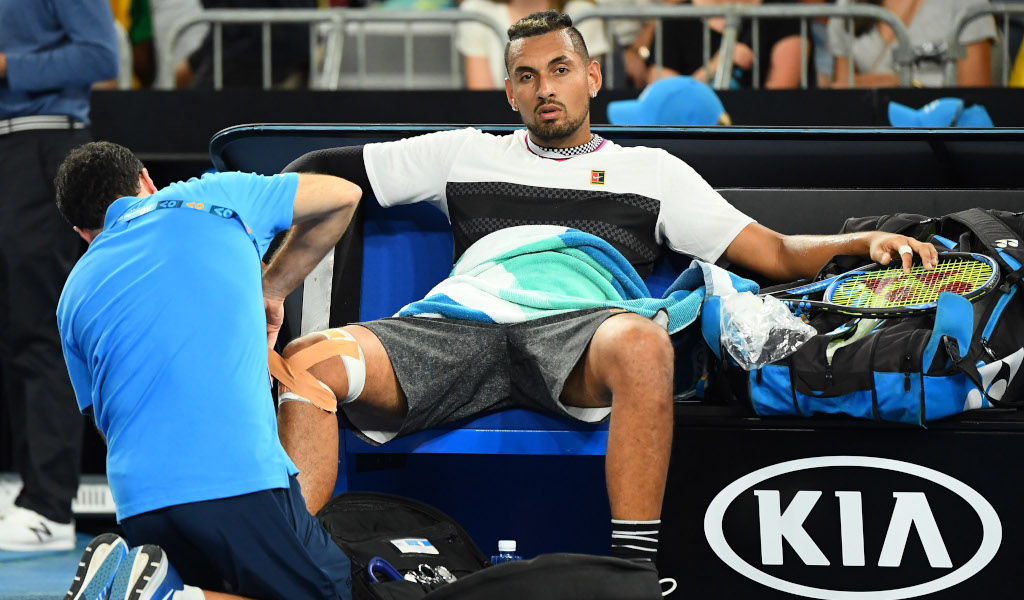 It was a struggle to get through his match due to injury, but Nick Kyrgios didn’t use his aches as an excuse for his first-round Australian Open defeat to Milos Raonic.

Having dropped out of the world top 50 on the back of a poor couple of months, Kyrgios was hoping the season-opening Grand Slam would help him to return to form.

However, he came up against an inspired Raonic while he also battled a knee injury throughout the match.

After the match Kyrgios didn’t use his injury as an excuse for his defeat, saying: “I don’t think that was at all the reason I lost today.

“He played unbelievable. Unbelievable serving. Never seen serving like that in my life. I’ve never been a part of it. I was just watching it literally going side to side. I was trying to mix up where I was standing, trying to move before, during, like trying to do anything.