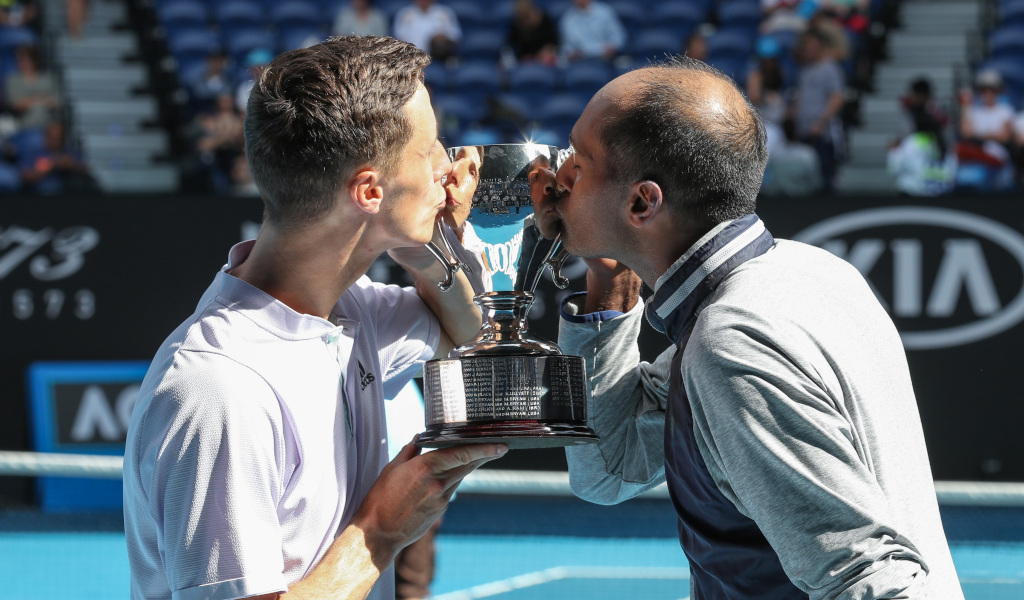 Joe Salisbury teamed up with Rajeev Ram to become only the second Briton to win the Australian Open men’s doubles trophy in the Open Era.

The 11th seeded Salisbury and Ram, who only started playing together last year, beat Australian wildcards Max Purcell and Luke Saville 6-4, 6-2 in just over an hour on the Rod Laver Arena on Sunday to win their first Grand Slam trophy as a pair.

Salisbury follows in the footsteps of Jamie Murray as the only British males to win doubles title at Melbourne Park as the latter partnered Bruno Soares when they lifted the trophy in 2016.

It is also a maiden men’s doubles Grand Slam for Ram, who won the Australian Open mixed doubles with Barbora Krejcikova in 2019.

Salisbury and Ram, who won in Dubai and Vienna in 2019, dropped only one set over the past two weeks in Melbourne.

They broke in game seven of the opening set and then set up the win with breaks in games three and five of the second set.

“It feels surreal. I’m so, so happy,” Salisbury told BBC Sport after the win.

“We believed deep down we could do it but now it has actually happened it is amazing. It is going to take a bit of time to sink in.”

He added: “It is tough when you are playing the lower-ranked tournaments to get enough points to get your ranking high enough to play in the big tournaments.

“I had the breakthrough making the Wimbledon semi-finals in 2018 and making the main tour. But it is tough to work your way up.”