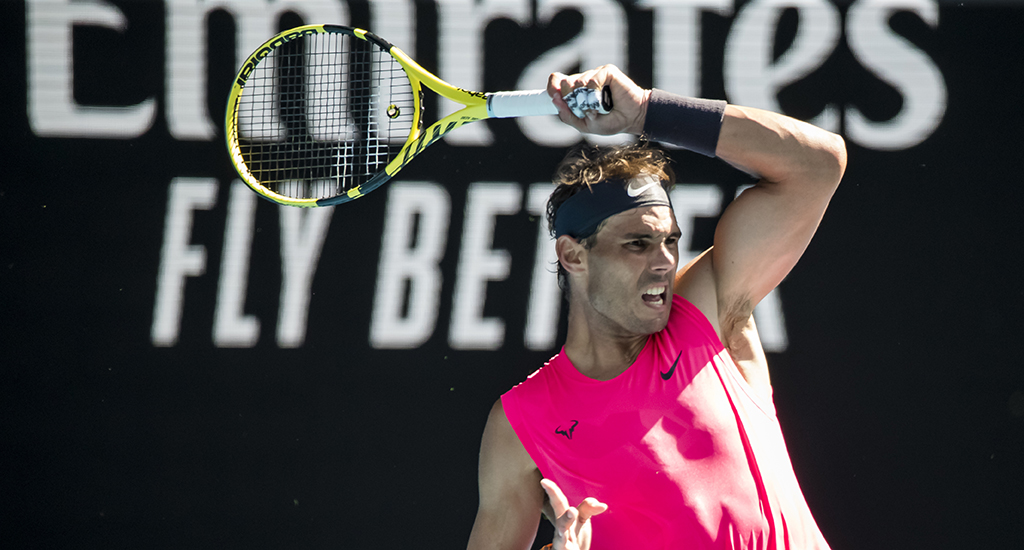 Rafael Nadal made a convincing start with a 6-2 6-3 6-0 victory over Hugo Dellien, before insisting there is plenty left to come from him as he attempts to make history at the Australian Open.

Nadal was kept out on court for more than two hours in his first-round match by the Bolivian, and he admitted he played it safe in the first two sets.

“It has been a solid start,” said the world number one, who next faces either Federico Delbonis or Joao Sousa.

“I think the third set was a great set. I think I played a very good level of tennis. The first two I played with a little bit more caution.

“Just try to do the things that I know that I can do it. Just try to put myself on rhythm. That was my goal at the beginning of the match.

“Then, with an advantage on the score, I just tried to play the way that I really believe I need to play if I want to have a positive result here.”

Nadal will draw level on Grand Slam titles with his great rival Roger Federer if he can win the tournament, as well as becoming the first man ever to complete a double career slam.

Asked if he was thinking about number 20, Nadal said: “I think about Sousa or Delbonis. That’s all.

“I think about my practice of tomorrow, try to follow up the level of tennis that I played in the third set.

“So I don’t care about 20 or 15 or 16. I just care about trying to keep going, keep enjoying my tennis career.