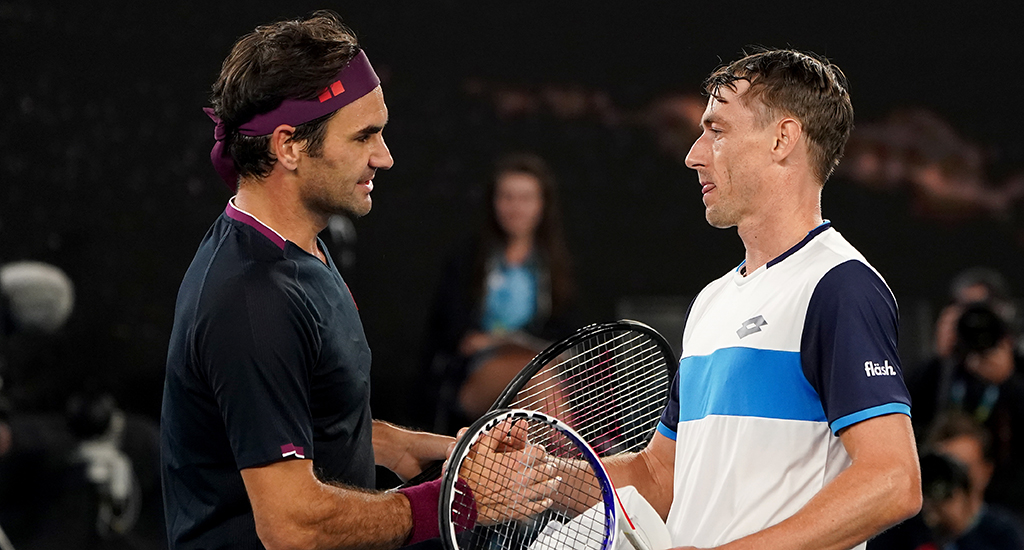 The Australian Open epic between Roger Federer and John Millman was so good that even Rafael Nadal couldn’t switch it off.

Federer and Millman duelled into the early hours of the morning in Melbourne, with Federer eventually winning on a champions tiebreak when he looked to be all but defeated.

And, despite having his own match to prepare for the following day, Nadal admits he was engrossed by his greatest rival’s match right to the very last shot.

“I saw until 1 o’clock, was impossible to sleep watching the match,” said Nadal.

“It was very emotional at the end, I enjoyed it.

“Millman is a fighter, seems like he never stops running, and he has a smile on his face with positive attitude throughout the whole match, he has great character on court I think.”

Federer himself conceded it was an incredible battle and one, he thought, he was quite lucky to win.

“It was tough. Thank God it’s a super tie-breaker otherwise I would have lost this one.

“I think John played a great match. It came down to the wire, a bit of luck maybe. I had to stay so focused, take the right decisions. He kept on coming up with the goods.

“I thought, ‘OK, I didn’t play too bad’. I was getting ready to explain myself in the press conference. What a match. John deserved over half of this one.”