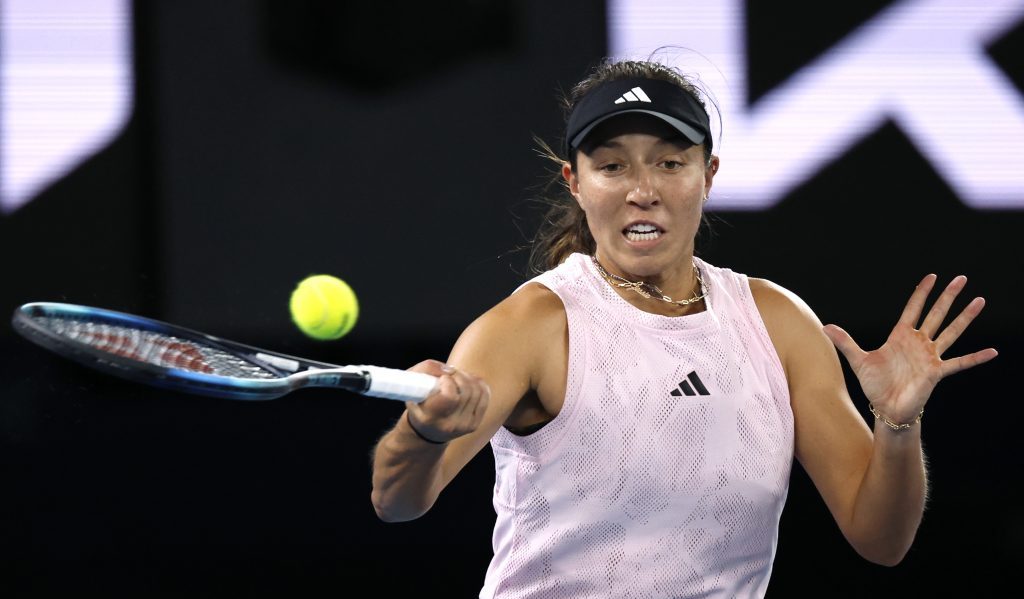 US No 1 Jessica Pegula is out of the Australian Open singles at the last-eight stage but claims that she has no time “to sulk around” with a doubles quarter-final match coming up.

There has been singles heartbreak for both members of the duo.

However, Pegula and Coco Gauff are the number two seeds for the women’s doubles.

The Americans are scheduled to face Taiwan’s Chan Hao-ching and China’s Yang Zhaoxuan for a place in the last four on Wednesday.

“I think it actually helps that I’m playing doubles tomorrow because I don’t have so much time to sulk around and kind of be in my feelings,” Pegula told reporters after losing 6-4, 6-1 to Victoria Azarenka.

“I saw I’ll play third match tomorrow so I’ve got to go get racquets strung, book practice courts, figure out what time I’m going warm up.

“I’ll be back here probably by noon. A quick turnaround.”

The Belarusian 24th seed Azarenka outlasted her American opponent in a marathon 64-minute first set before running away with the second during the evening session on Rod Laver Arena.

Pegula was unable to cope with the relentless power of Azarenka’s ground game, at times looking bewildered as she slumped to a third consecutive defeat at the quarter-final stage at Melbourne Park.

“I will say she plays quite simple, which is I would say is a compliment,” Azarenka praised the game of Pegula. “It’s quite easy to be flashy. Not easy, but it’s easier to just go overboard. But to have that consistency and simplicity.”

Pegula felt that she didn’t give the best account of herself but found that she needed to move on as she has doubles glory in her sights.

“Obviously I’m going to be pretty pissed about my match tonight,” said Pegula.

“But tomorrow is just another chance to get another win, to get a better feeling, to go back and be in a competitive mindset, hopefully do well in the doubles.

Gauff was knocked out of the singles at the last-16 stage by the powerful hitting of Jelena Ostapenko on Sunday.

Azarenka goes on to face Wimbledon champion Elena Rybakina in the semi-final on Thursday.

Wednesday’s quarterfinals will determine the lineup for the second semi-final.

READ MORE: ‘Soccer mom’ Victoria Azarenka on her love for PSG ‘since the Beckham days’ and her son’s football dreams