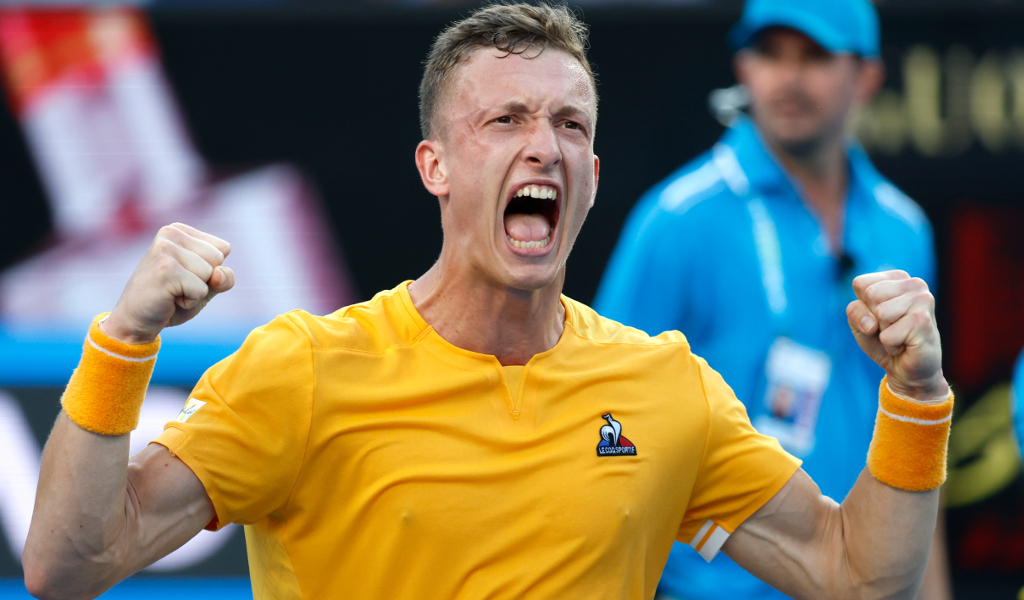 Rising Czech star Jiri Lehecka says that he has started to take his tennis a little bit more seriously of late.

Lehecka feels that he has been able to improve his game by being focused on a few key areas.

The young Czech has made the last eight of a Grand Slam for the first time and is in a bit of disbelief.

“I wouldn’t believe you,” Lehecka said when asked if he imagined he would have the Australian Open he has.

“But deep in my mind, I always knew that results like this are possible for me.

“I felt like my game was there, but that I just needed to focus on some small details that can get me through these tough matches.

“That’s something that I think we worked hard on a lot and focussed on every day and every practice. Now for me, the most important thing is just to stay focussed on the right things.

“Back in the days when I was playing tennis back home, it was only about enjoyment and I never had big ambitions to become a pro.

“For me it has always been like a hobby and to do some sports that I liked.”

Lehecka says that he resolved to become a tennis professional as a teenager when he was first exposed to top players.

He moved away from his family and into a sports-oriented boarding school.

“I started to feel more like I would love to do that professionally and I really liked how all these players looked when they are playing on the big stages,” Lehecka said.

“It wasn’t easy for sure but luckily for me, I had great friends over there that I still keep in touch with.

“They helped me go through those difficult times when it was my first time without my family or anybody I knew to focus more on the tennis and focus on what I should do there.”

Lehecka has taken great confidence from his recent results including a run to the championship match at the Next Gen Finals in Milan at the end of 2022.

“When I ended the journey in the final and I just took some time off and took some time to get back on the ground and some time looking back at the Next Gen, I think that every match over there, every practice session, and all the media stuff around, everything helped me in a certain way,” Lehecka said.

“These are the experiences that helped me to be more prepared for what came over here.”