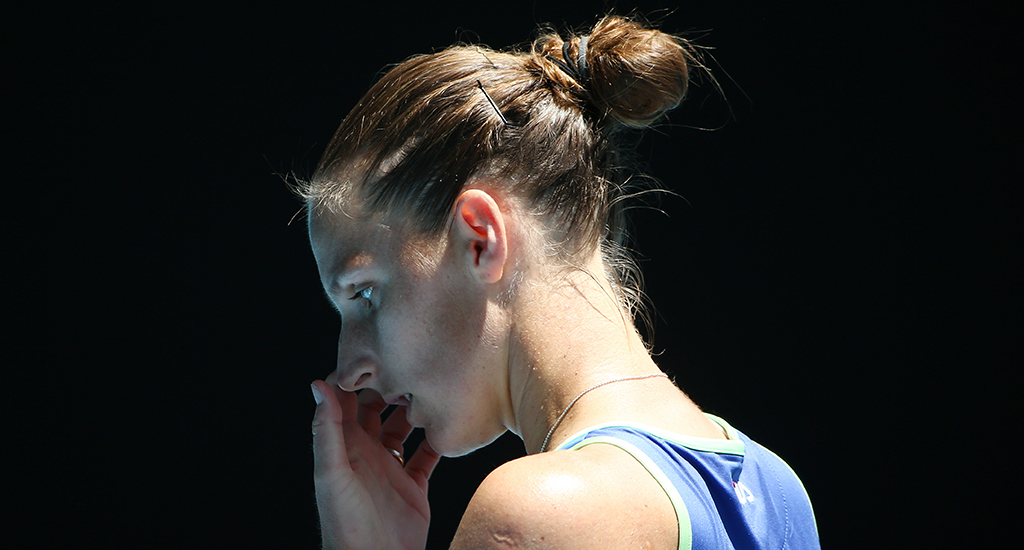 The upsets continued at the Australian Open on Saturday as second seed Karolina Pliskova joined Serena Williams and Naomi Osaka in exiting the tournament in the third round.

Belinda Bencic also fell, although Simona Halep positioned herself to take advantage with a powerful performance.

Pliskova had won all six of her previous meetings with Anastasia Pavlyuchenkova but it was the Russian who came out on top of a very tight two-setter, winning 7-6 (4) 7-6 (3) after two hours and 25 minutes.

Pliskova had two set points at 6-5 in the second set but Pavlyuchenkova saved both and progressed to the fourth round in Melbourne for the third time in four years.

Pavlyuchenkova joked: “I’m really happy, but will realise it later because I’m still focusing on the next point.

“I did enjoy the match – to beat Karolina for the first time was amazing.

RELATED: ‘I don’t know where that came from,’ says Coco Gauff as she takes down Naomi Osaka on Rod Laver Arena

“I won the Australian junior title twice, it makes me think I can win the senior crown.”

Kazakh Yulia Putintseva 6-1, 6-4 on Rod Laver Court, but sixth-seed Bencic was badly out of sorts, getting thrashed 6-0, 6-1 by Anett Kontaveit.