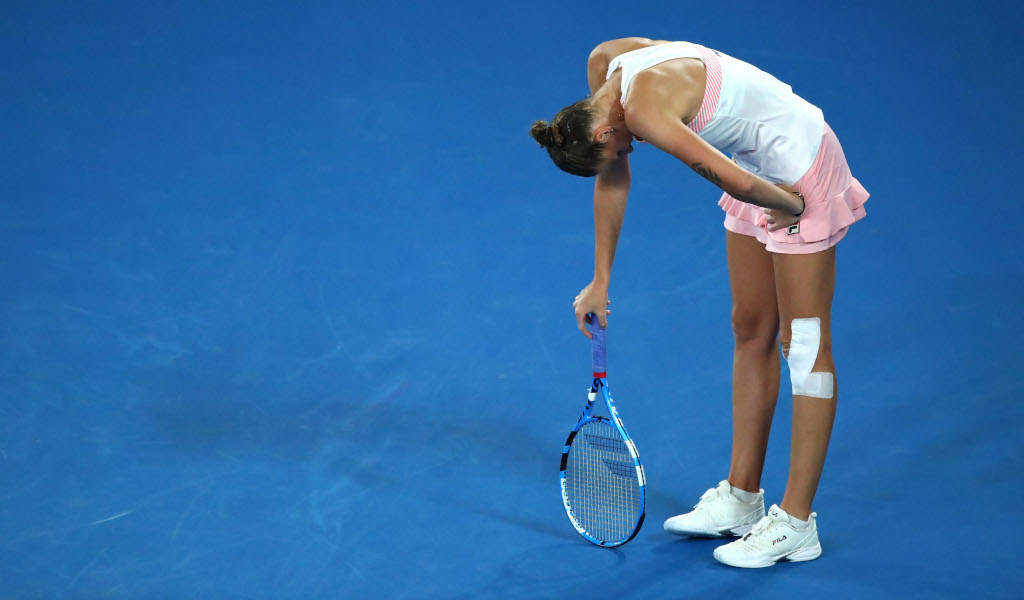 Karolina Pliskova admitted she lacked a “little bit of power” during her semi-final clash against Naomi Osaka, saying her win over Serena Williams took a lot out of her.

Seventh seed Pliskova came into the last-four clash on the back of an epic quarter-final comeback win over 23-time Grand Slam winner Williams on Wednesday. The Czech was down 5-1 in the deciding set and saved four match points en route to winning 6-4, 4-6, 7-5.

She didn’t have much time to celebrate the victory as she was up against Osaka less than 24 hours later and, although she put up a great fight, she still went down 6-2, 4-6, 6-4.

“It was tough. For sure if there’s a day in between these two matches, it would be helpful for me,” she said. “Not only that the match yesterday was tough, but also was emotionally tough, too.

“I was missing maybe little bit power today, too. I was doing everything possible, but little bit I was just missing here and there. That’s how it is. Normally I like to play matches maybe two, three days in a row.

“In this kind of stage of the tournament, when you just go deep, from Brisbane, lot of things happen. I have 15 matches in maybe last, I don’t know, three weeks. That’s a lot. Maybe that day would help, but that’s how it is.”

The wait for her first Grand Slam title continues, but Pliskova is not too downbeat on the back of her run to the semi-finals.

“Of course, after every loss you (are) kind of disappointed, especially if it’s this close,” she said. “But on the other hand it’s my best start in my life to the season, so I don’t want to be that negative.

“I know that the season is longer. Obviously I wanted to be in the final, but that’s how it is. In the final there can be only two players. I’m going to have a chance in next Grand Slams, for sure.”