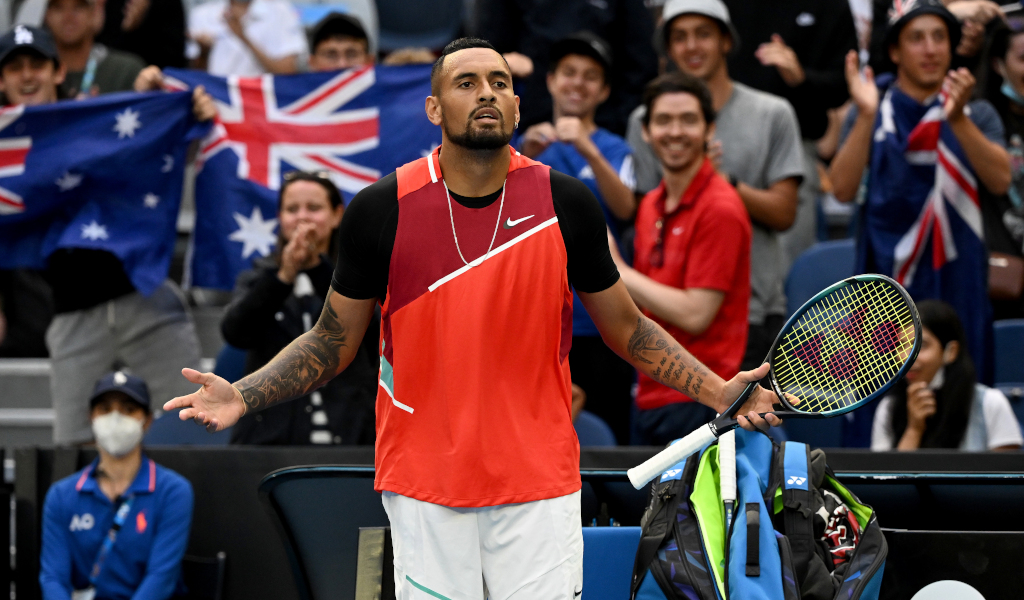 Liam Broady has described the traumatic experience of playing Australian star Nick Kyrgios at the Australian Open as absolutely awful.

Broady went down 6-4, 6-4, 6-3 against Kyrgios in the first round at Melbourne Park on Tuesday.

The 28-year-old Brit revealed it was the first time he had experienced sledging at a tennis match as the Australian fans in the stand gave him an earful.

“The way he orchestrates the crowd, again, you see videos on TV, but it doesn’t do it justice when you’re playing in front of an Aussie crowd – Nick Kyrgios’ home court. It was pretty crazy out there. But glad to have got it out of the way,” said Broady.

“I mean (it was a) good experience and I think that’s the good thing about playing the great players is that you can always learn very quickly about what you need to work on.

“Everyone was telling me, like ‘Oh you’ll really enjoy it, it’s going to be amazing’. But I thought it was absolutely awful. I obviously wanted to go out there and win, so, I mean, losing matches in general isn’t enjoyable.”

Broady added: “The atmosphere was incredible, but it was, it’s the first time I’ve ever walked onto a tennis court and been booed, which for me was a crazy experience.

“You get sledged from the sides like you can’t believe – they don’t pick up on TV. So it was a very, very difficult atmosphere to try and handle and, like I said, he’s incredible at getting them behind him and he plays better for it.

“I think that’s very rare, especially in the sport of tennis. Now people don’t really interact with the crowd like he does and that’s one of his biggest strengths.

“But like I said, I’m glad to have played the match and to have got the experience, and for a Brit to go and play on John Cain against Kyrgios is probably one of the tougher atmospheres in tennis to play.”