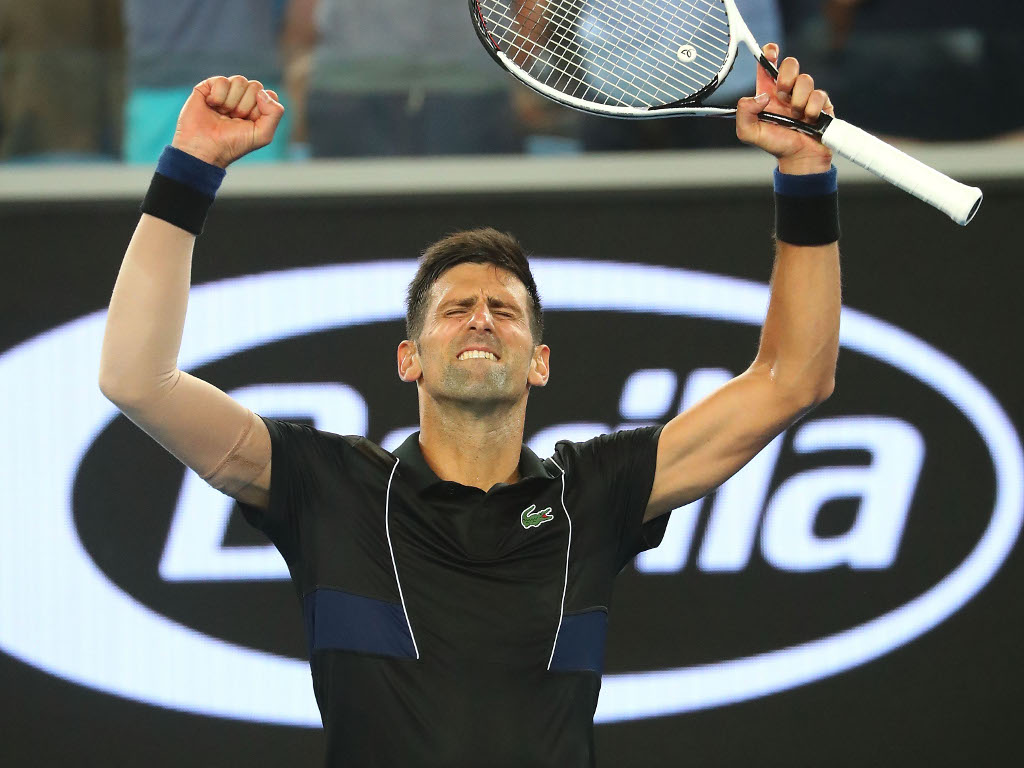 Six-time champion Novak Djokovic battled through the pain to beat Albert Ramos-Vinolas in the third round of the Australian Open while Tomas Berdych eased past Juan Martin del Potro.

Djokovic called for a medical timeout in the second set, but soldiered on and claimed a comfortable 6-2, 6-3, 6-3 victory over his Spanish opponent.

The first set was easy enough for the former world No 1 as he broke in the sixth and eighth games to go up one set to love, but he had an injury scare after three games in the second.

He received treatment to his back and left side and then limped at times once play resumed.

Djokovic claimed the decisive break in the fourth game of the second set and also secured two breaks of serve in the third to win in two hours and 24 minutes.

“I’m not the only one who considers this slam as the ‘Happy Slam’… It’s a great pleasure to be here.” @DjokerNole humble in victory as always and also tries his hand at an Aussie impression ??#AusOpen pic.twitter.com/ZFir8nRkOk

He will take on world No 58 Hyeon Chung in the fourth round after the man from South Korea upset Alexander Zverev.

The 19th seed was way too good for Del Potro as he hit 20 aces and 52 winners with only 28 unforced errors.

.@tomasberdych seals passage to the 4R with a comprehensive performance! 👌

“I think I was well prepared and I stuck with my plan and I’m glad as I can stand here as a winner today,” Berdych said.

He will face Fabio Fognini for a place in the quarter-finals.