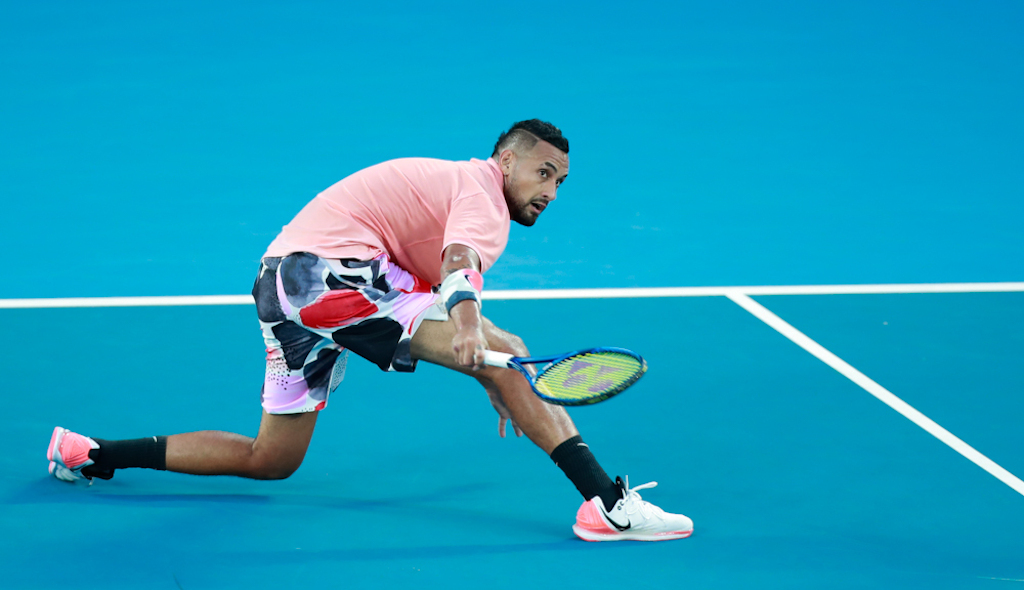 He admits Nick Kyrgios needs to get a few matches under his belt ahead of the Australian Open, but Lleyton Hewitt sees no reason why his fellow Australian can’t enjoy an extended run at the season-opening Grand Slam.

Kyrgios hasn’t played competitive tennis in nearly a year due to a wrist injury and the coronavirus as he opted not to return to the ATP Tour after the sport resumed in August.

He will make his long-awaited return at the ATP 250 Murray River Open, his only event before next week’s Australian Open, and Hewitt believes if all goes well then the world No 47 could have a deep run at Melbourne Park.

“Nick, I think as a whole him having a bit of a breakaway from the sport where he’s positioned, for his body and mind I think is a good thing,” he said.

“Because he hasn’t played a match for so long, though, it’s not going to be easy for him just to come out and switch it on either.

“I think it’s perfect for him to hopefully get through a few rounds in one of the ATP tournaments that he’s playing this week.