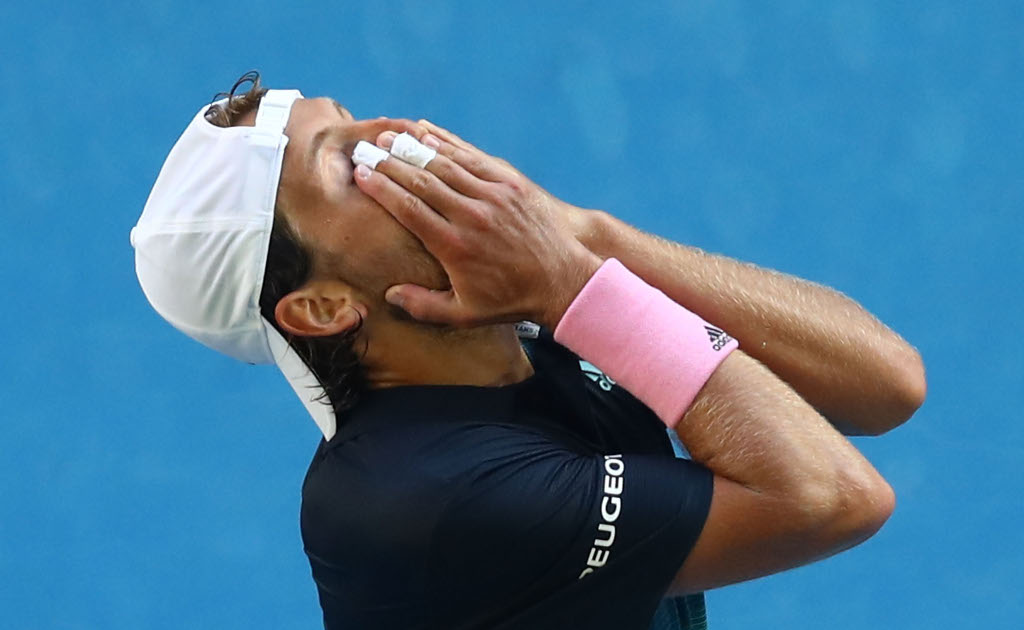 Lucas Pouille held off Milos Raonic in four sets to secure his place in the semi-final of the 2019 Australian Open.

The moment of his tennis lifetime 🇫🇷

Pouille found himself 2-5 down in the first set, but he broke back in game nine and then took the set via the tie-breaker, while a single break of serve in the second set gave him a two-set lead.

Raonic, though, didn’t give up without a fight and, after no breaks of serve in the third set, he got himself back in the match by winning the tie-breaker.

However, Pouille got the job done in the 10th game of the fourth set as he finally won on his third match point.

The 24-year-old will face either world No 1 Novak Djokovic or eighth seed Kei Nishikori for a place in the final.