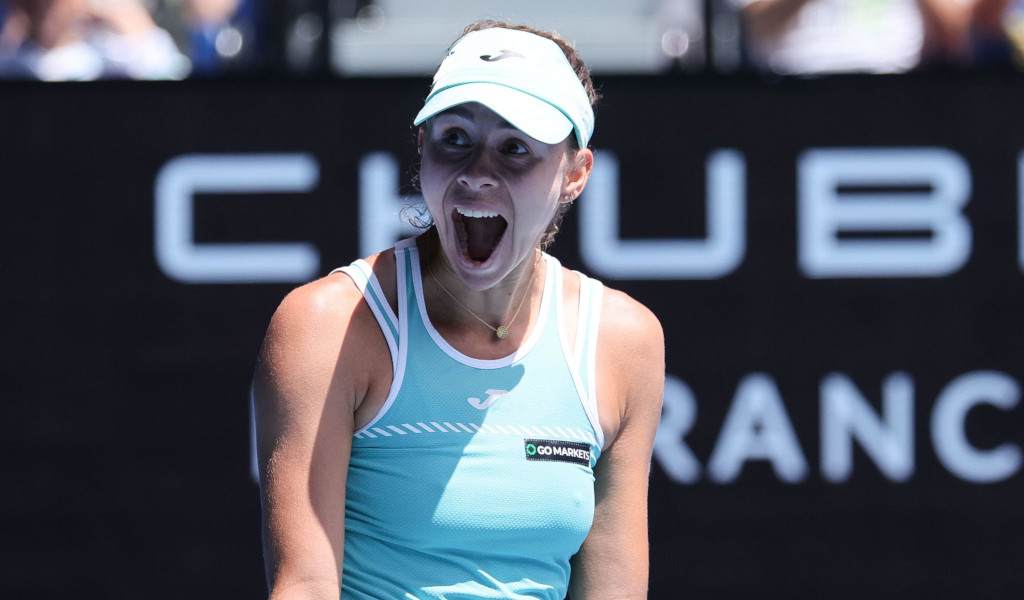 Poland’s Magda Linette opened up after reaching the semi-finals of a Grand Slam for the first time.

Linette revealed that she had been taking every loss on tour as a personal failure and that it weighed heavily on her.

However, Linette feels that she has overcome those obstacles to some degree with her current run.

Linette has eliminated top players on her way to reaching the Australian Open semi-finals and she is playing some of the best tennis of her career.

After the match an emotional Linette shared her message which she hopes can help others through life’s mental challenges.

“It’s so emotional I can’t really believe it,” Linette said after the match.
“It’s really a dream come true. We keep going though.

“I don’t want to get too excited because I’m still in the tournament but I’m super grateful and happy.

“All my life I’ve been taking mistakes and losses very personally so disconnecting those two things, Magda the tennis player and Magda the person, was really difficult because I felt a lot of times the mistakes are defining me so my coaches and me did a really great job.

“I’m really thankful to them because they’ve had to put up with a lot of crap!”

Linette had faced the No 30 seed in the last eight in the form of Karolina Pliskova but it was the Pole who looked the more assured on court.

She was playing in her first Grand Slam quarterfinal, while for Pliskova this was the 11th visit to this stage across a fine career.

Pliskova would snatch an early break but a string of errors from the Czech on the very next game saw Linette immediately restore parity and settle into the match.

Soon after Linette managed to snatch the impetus with a break that put her 4-2 up in the first set.

Although she had to save a break point while she was serving for the opening set, Linette managed to dig deep and get the job done.

In the second set it was Linette who was piling on the pressure with a bombardment of deep and heavy ground strokes.

Pliskova twice had to come from behind to hold serve as the set appeared headed for a tiebreaker but then the service game of the seed fell apart.

A double fault and an unforced error combined to give Linette the break she needed and she duly closed out the match on her own serve for a 6-3, 7-5 win that sees her into a semi-final clash with Aryna Sabalenka.