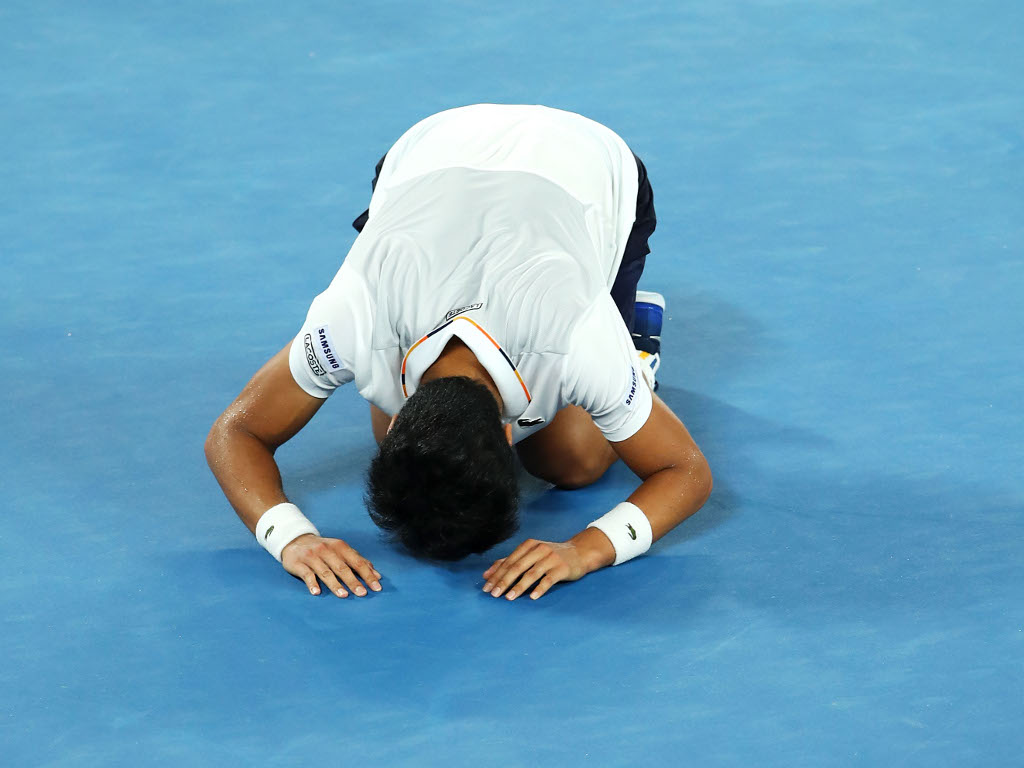 Hyeon Chung produced the performance of his life as he sent six-time champion Novak Djokovic packing from the Australian Open.

The 21-year-old hit brilliant winners left, right and centre en route to victory over a player who came into the tournament under an injury cloud as he struggled with an elbow injury last year and also picked up a hip injury in his previous match.

Chung, though, started the match by breaking Djokovic’s two opening serves, but the Serb hit back to pull level at 5-5, only for the youngster to take the tie-breaker.

Djokovic was again broken early in the second set only to battle back, but the man from South Korea went two sets up after breaking in the 12th game.

The third set was another ding-dong battle with four breaks of serve in the first five games, but Chung was too good in the tie-breaker.

Hyeon #Chung becomes the first Korean player in history – man or woman – to reach the QF at a Grand Slam.#AusOpen pic.twitter.com/R67I9fLEmn

Chung, the first player from Korea to reach the quarter-final of a Grand Slam, will play another unseeded player in Tennys Sandgren after the American upset Dominic Thiem in five sets.

“I didn’t know how I’d win this tonight. I was just honoured to play against Novak, and happy to see him back on the tour,” Chung said. “I try to copy Novak in the way I play because he is my idol.”