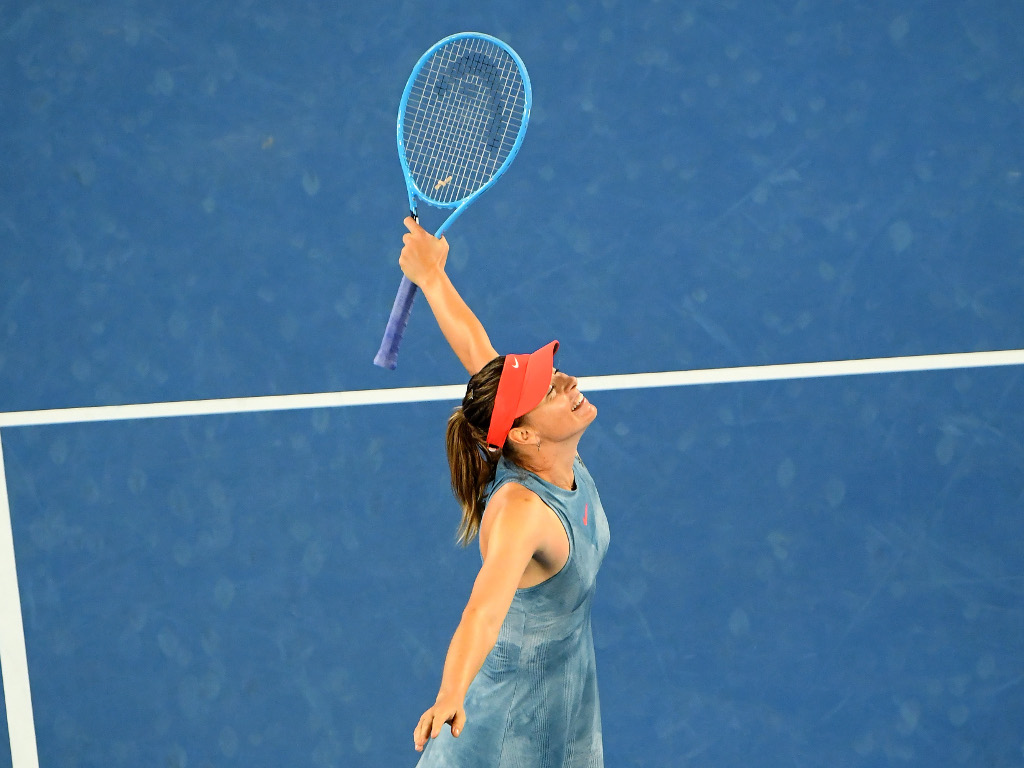 Sharapova, a former winner in Melbourne, was on the back foot in the opening set but rallied back to win five games on the trot to seize the early advantage.

While it looked as if she may wrap it up in two, taking an early break, she was broken right back.

A sloppy service game in the final game of the second meant Wozniacki leveled to take it to a decider.

Sharapova, who hasn’t progressed past the quarterfinals of the Australian Open since 2015, bagged the only break of serve in the third to seal the victory 6-4 4-6 6-3.

The former World No1 laid down 37 winners in the two-hour-24-minute match while Wozniacki could only manage 10.

“I thought the level was quite high. I knew I’d get a tough match,” said the 31-year-old.

“I haven’t played many matches in the last year against top players so it was really rewarding to win that last set.

“These are the kinds of matches I train for.”

The 15th seed had a relatively straightforward win over Maria Sakkari, beating her 7-5 6-1 earlier in the day.