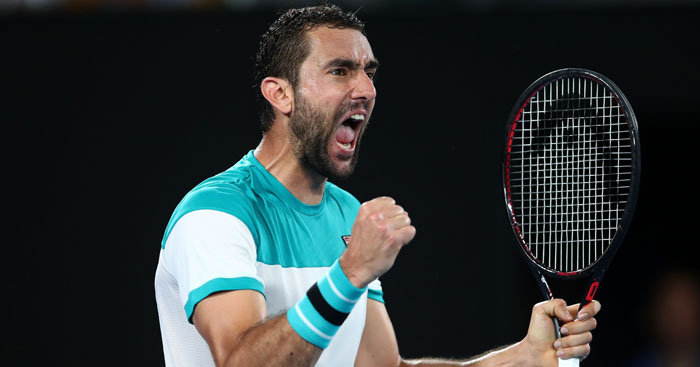 Great Britain’s Kyle Edmund is out of the Australian Open after losing to Croatian Marin Cilic 6-2 7-6 (7/4) 6-2 in the semi-finals in Melbourne.

The result brings an end to the British number two’s brilliant run in the tournament which produced his maiden grand slam semi-final and could push his world ranking up to as high as 30.

Edmund started well but once Cilic settled it was relatively routine for the number six seed. The Croatian’s tactic was simple: keep the ball away from Edmund’s big weapon, and he was doing it very well.

After a medical time-out, Kyle rallied in the second set and forced a tie-break. It was the pivotal point of the match but Cilic’s nerve and experience held up the better, taking it 7-4.

From that point on, Edmund’s spirit appeared broken and Cilic cruised home in the third set to book his place in Sunday’s final.

Check out our gallery of the semi-final encounter, then read our analysis of why Edmund found Cilic too hot to handle.