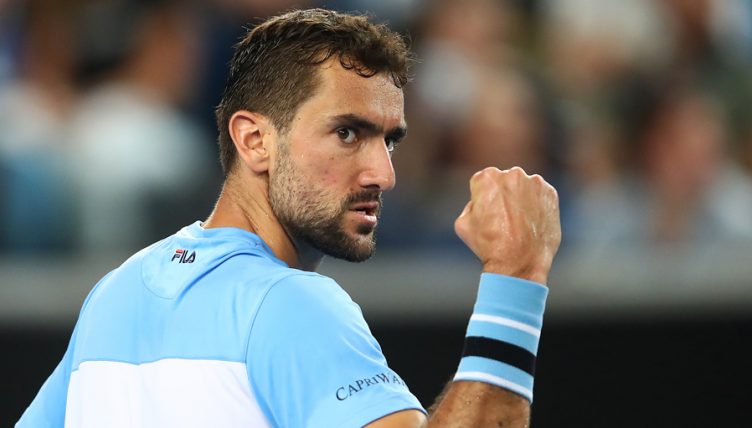 Marin Cilic played his Australian Open get-out-of-jail-free card, surviving an astonishing moment to beat Fernando Verdasco in the third round.

The Croatian lost the opening two sets, and faced a match point in the fourth. Verdasco,though, inexplicably double-faulted. Three points later, Cilic had levelled the match at 2-2.

“Thanks for sticking around, it was definitely a tough match, unbelievable,” Cilic told the crowd in his on-court interview.

“It was a big hill to climb… I’m just putting myself in a hole and let’s see what I’m going to do.”

On the defining double-fault of the match, Cilic added: “It was definitely a tough tiebreak.

“It came down to one shot, or basically one decision. I was a little bit lucky on that net cord.

“Today I was just slightly luckier in those crucial moments.”