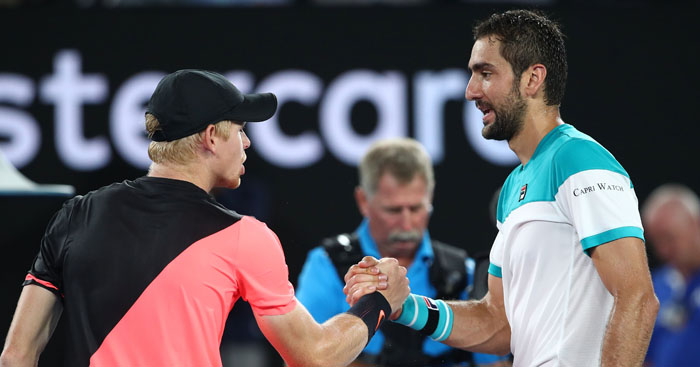 Marin Cilic believes Kyle Edmund can only go from strength to strength after knocking him out of the Australian open.

The Croatian defeated Edmund in the semi-final on Thursday, winning the match fairly comfortably in straight sets.

However, he believes Edmund’s more physically challenging route to the semis was a key factor, and insisted he was a talent worth keeping an eye on.

“He’s playing great tennis,” he said. “The last couple of years he’s improved a lot and started great this year.

“He had an extremely tough run to the semis, a couple of five-setters and a couple of four-setters as well. Definitely it left some scars on his body. I can feel that too, but definitely he’s got a bright future in the game and we’re going to be seeing him a lot.”

Cilic was rarely in danger during the game, and never dropped a service game to the Brit, but he was happy to battle through a tough second set and cited it as a key stage of the contest.

“In the second set I was up and down with my game, not getting enough returns back and he started to serve quite well and release his forehands.

“But I just stayed mentally very focused and tried to play every single point. It was extremely crucial in the tie-break to keep that pressure.”