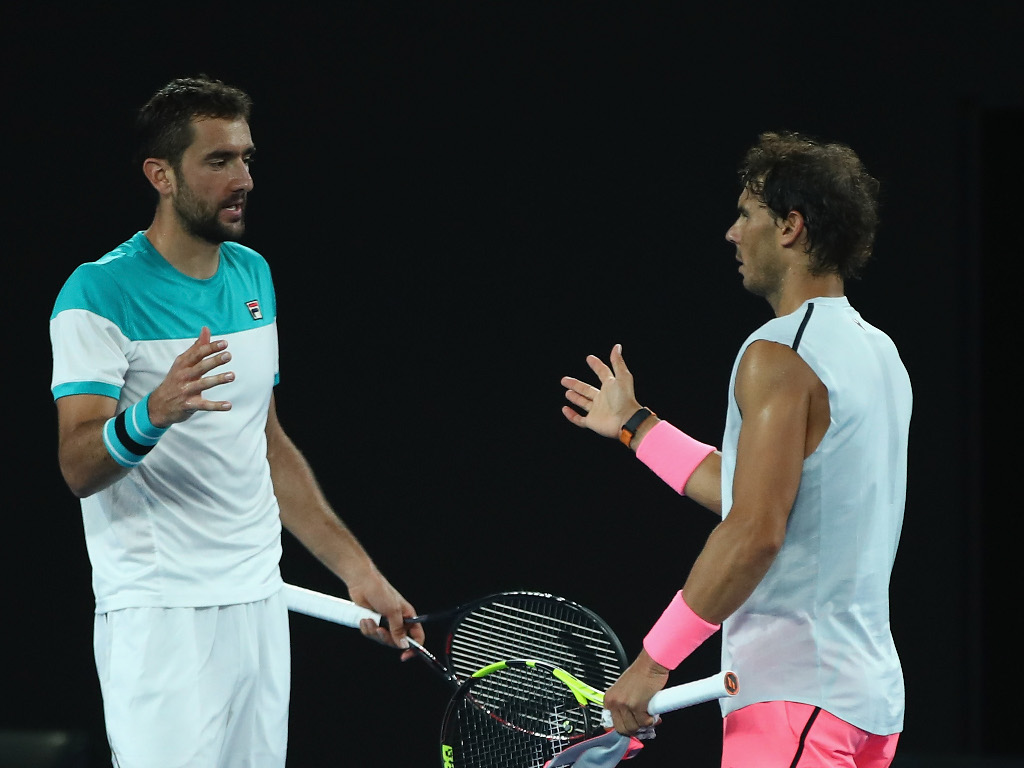 There will be no repeat of the 2017 Australian Open final after Rafael Nadal retired during his quarter-final clash against Marin Cilic.

Many people predicted that world No 1 and top seed Nadal would again meet Roger Federer in the 2018 final, but the Spaniard came up short against an inspired Cilic on Rod Laver Arena on Tuesday.

Unfortunate scenes here with the world No.1 Rafael #Nadal retiring hurt in the QF ??@Cilic_Marin progresses through to the SF. #AusOpen pic.twitter.com/IEjPruzvdi

Nadal started the match well as he had his opponent under the cosh on his serve from the word go and the pressure eventually told as he broke in the eighth game.

It looked like he was in for an easy match when Cilic dropped his serve to go 3-2 behind, but the 29-year-old bounced back immediately and went on to break Nadal for a second time to square things.

After the Spaniard took the tie-breaker, Cilic claimed an early break of serve in the fourth before Nadal required a medical timeout.

“I was feeling a little bit tired, and now when I’m running… [it hurts],” he told the trainer.

He was never the same after that and the sixth seed levelled it at two sets each before going 2-0 up in the decider, but Nadal then walked over the chair umpire to retire.

Cilic will now meet the unseeded Kyle Edmund for a place in the final after the Great Britain No 2 stunned third seed Grigor Dimitrov in four sets earlier in the day.