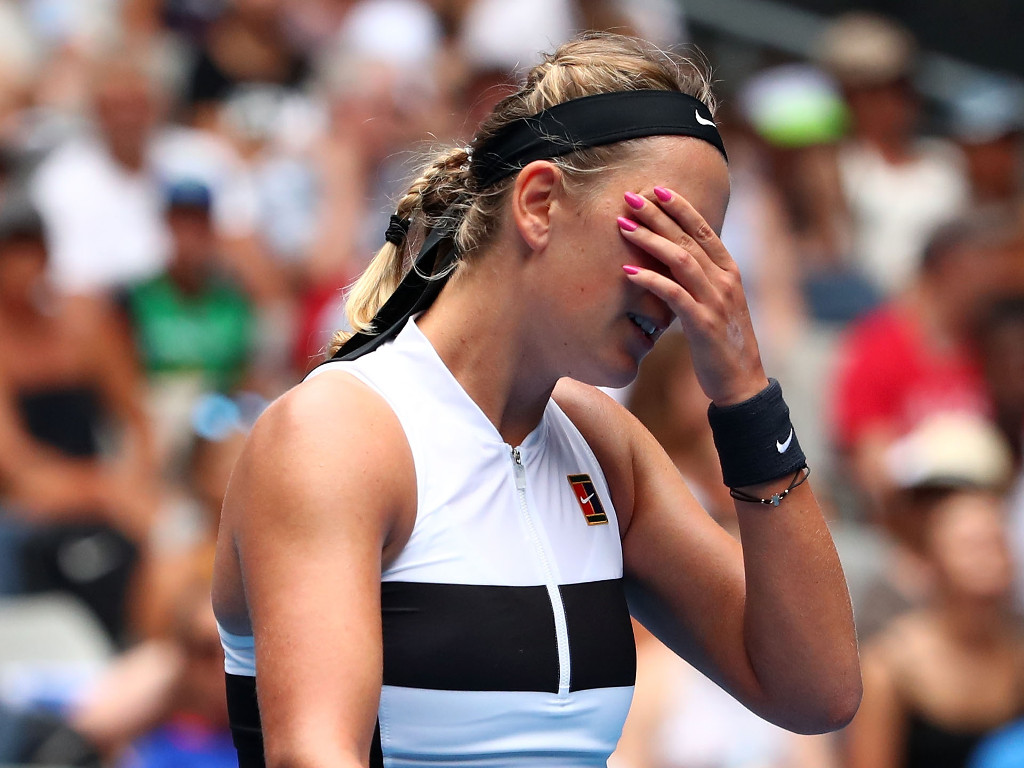 Victoria Azarenka admitted she is “struggling” and far from the form that saw her twice win the Australian GP as she crashed out in round 1 on Tuesday.

Hampered by off-court issues that included a custody dispute with the father of her son Leo, Azarenka has been unable to find form of late.

Arriving in Melbourne on the back of a first round loss in Auckland, the former World No1 was a shadow of her former self.

She missed routine shots that in the past she would have decimated on her way to a 6-7 6-4 6-2 loss to Laura Siegemund.

“Right now is just a harder struggle for me,” she revealed in an emotional press conference. “I can continue to repeat this word, that I’m ‘struggling’ right now.

“Failing is when you give up and you don’t try again. But I’m struggling.

Losing her first set in a tiebreak, the American, who is unseeded in this year’s tournament, was on the ropes when her serve was broken twice in the second set.

On both occasions she rallied back, taking the set to a tiebreak that she won 7-3.

With the match going the distance, the 38-year-old – the oldest player in the draw – was handed an early break when Buzarnescu double faulted.

A second break of serve was all Williams needed to secure her progress through to the second round in two hours and 42 minutes.