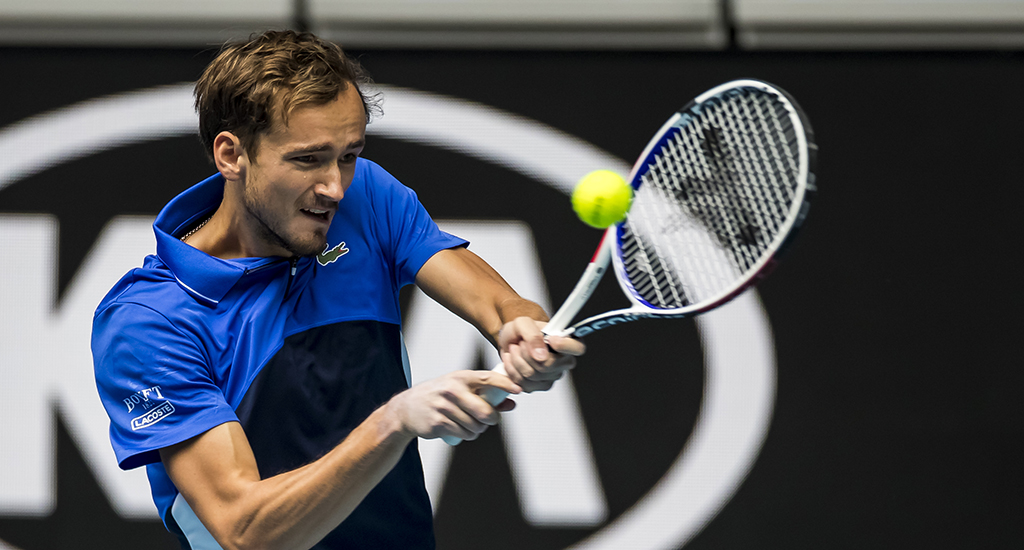 Daniil Medvedev was much more encouraged by his performance after a powerful display over Pedro Martinez in the Australian Open second round.

Medvedev was a comfortable 7-5, 6-1, 6-3 winner against the Spanish qualifier despite suffering a nosebleed late in the second set.

“It was not easy, especially the first set but I managed to stay there the whole match and came through because he has less experience,” said Medvedev, who won four titles last year and was runner-up at the US Open.

“I tried to push him all the time and that worked well today. Today was much better than my first match.”

Medvedev had his best ever Australian Open last year, when he lost to eventual champion Novak Djokovic in the round of 16.

His reward for beating Martinez is a third-round match against either Alexei Popyrin or another Spaniard, Jaume Munar.

The week has certainly not been a total loss for Martinez either, with the world number 168 earning his first ever Tour level win.