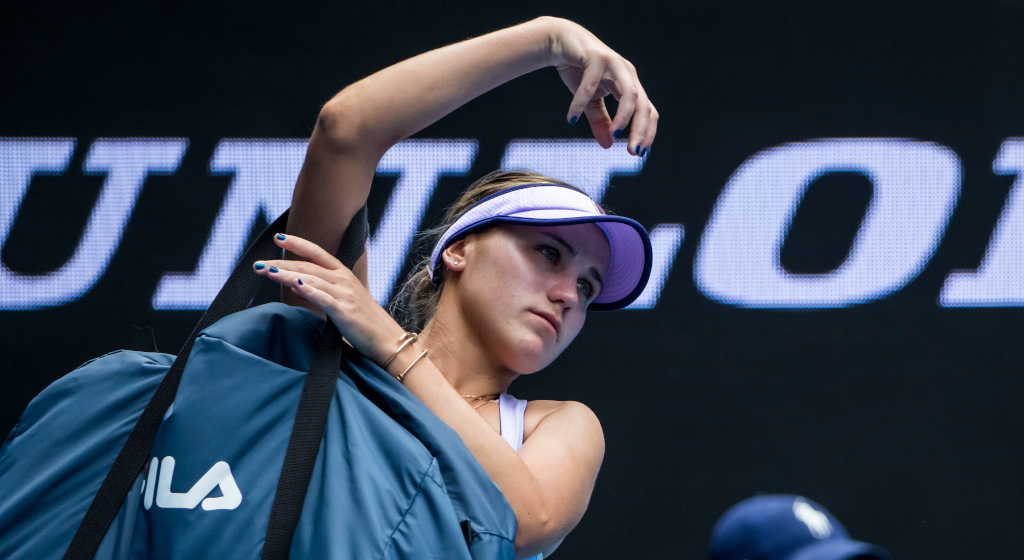 “Everything just feels real off” admitted Sofia Kenin after the defence of her Australian Open crown came to a shuddering halt in the second round.

The American suffered a 6-3, 6-2 defeat at the hands of world No 65 Kaia Kanepi on Margaret Court Arena on Thursday afternoon and she admitted that she wasn’t quite at the races.

“My head wasn’t there. Obviously I’m not going to take any credit away from her. She played really well at those good points,” a teary Kenin acknowledged.

“I had chances. I just couldn’t take it. I obviously know why because the nerves big-time got to me.”

She added: “I’m not there 100% physically, mentally, my game. Everything just feels real off obviously. It’s not good.

“It’s weird. I’ve been practicing for two weeks. Luckily I’ve been able to practice. I felt fine in practice. Just couldn’t do that in the game.”

Kenin reached the quarter-final of the Melbourne warm-up event last week and looked solid in her first-round win over Maddison Ingle, but she concedes she wasn’t able to cope with the pressure.

“I know I couldn’t really handle the pressure,” the 22-year-old said.

“I’m not obviously used to this, so right now I just got to figure out how to play at that level that I played at. Because like today and those matches, it just hasn’t been there.”

She continued: “The Australia trip, that was something that I had my eye on.