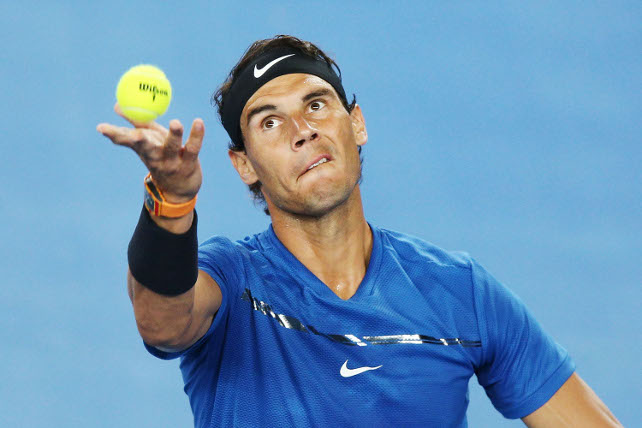 Rafael Nadal and Dominic Thiem stepped up their preparations for the Australian Open with an exhibition match on Friday.

The encounter was somewhat surprising as it took place just one day after Thiem’s participation in the first Grand Slam of the year was thrown in doubt when as he pulled out of the Kooyong Classic.

Nadal, meanwhile, was looking for much-needed match practice after a bumpy build-up to the Aussie Open.

The two, though, had a good hitout at Margaret Court Arena, under a closed roof due to wet conditions, with Thiem winning the opening set before Nadal levelled things in the second.

They opted for a tiebreak deciding set and it was the world No 1 who prevailed 10-8.

Top seed Nadal will play world No 81 Victor Estrella Burgos in the first round of the Australian Open, which starts on Monday, while the fifth-seeded Thiem is up against Guido Pella from Argentina.