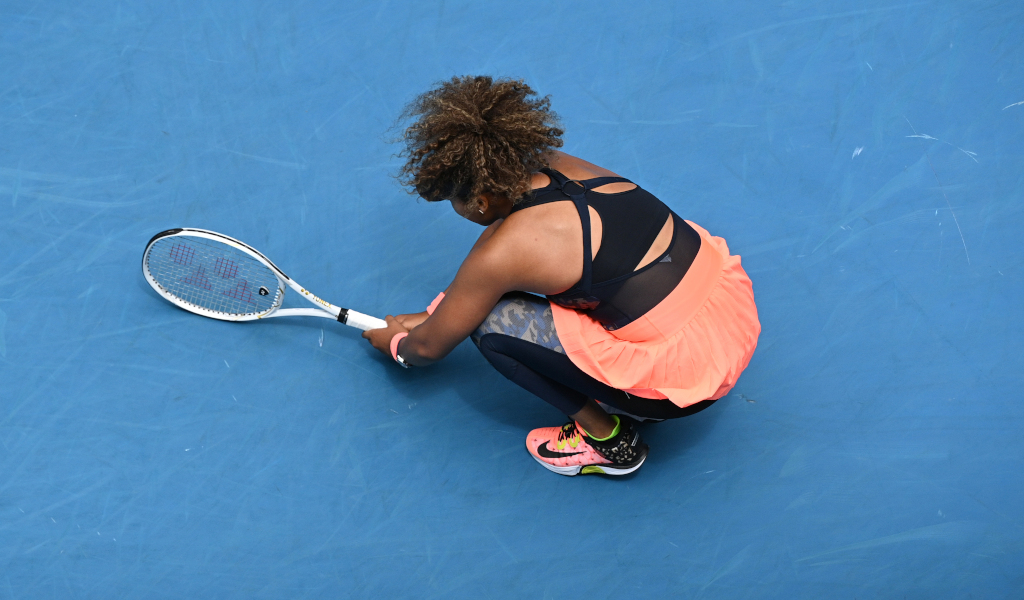 She had to save two match points against Garbine Muguruza, but Naomi Osaka expects an even trickier encounter against Hsieh Su-wei in the quarter-final.

The three-time Grand Slam winner looked down and out as she found herself a 40-15 down on her serve at 5-3 in the decider against Muguruza, but somehow managed to get out of jail to secure a 4-6, 6-4, 7-5 victory over the Spaniard.

“In the stressful points, I felt like I just had to go within myself.”

“I think today was just a battle, like if I can just describe it in one word,” the third seed said after the match.

“For me, I feel like I’m very happy with myself for the way I overcame the match. I think maybe a year ago – definitely a year ago – I probably wouldn’t have won this match.

“There are so many things that I was thinking about on the court that just would have blocked me from trying to win the match or trying to problem solve.”

Up next is giant-killer Hsieh, who beat former US Open champion Bianca Andreescu in the second round, 2012 French Open finalist Sara Errani in the third round and 2019 French Open runner-up Marketa Vondrousova in the fourth round.

Osaka knows she will have to be at her best when she faces the world No 71 in the last eight.

“I’m not really looking forward to it,” the Japanese said. “She’s going to be really tough. “Every time I’ve played her its three sets. Really long so I think I played her two years ago here so it’s actually fun when I’m not really angry.

“It’s [Hsieh’s style] makes it really tricky. I know the people she’s played are super difficult and for me whenever I play her I have to expect everything.

She added: “She’s one of those players that, for me, if it was a video game, I would want to select her character just to play as her. Because my mind can’t fathom the choices she makes when she’s on the court. It’s so fun to watch. It’s not fun to play, but it’s really fun to watch.”