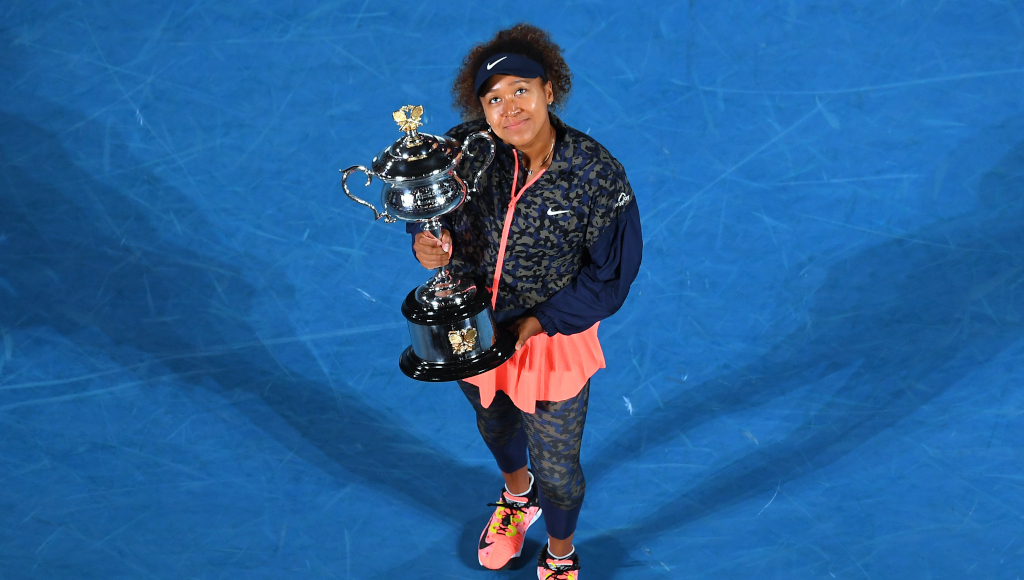 When Naomi Osaka collected her US Open trophy in 2020 there were no fans to witness her achievement, but a few months later she had the “privilege” of having spectators watch her lift the Daphne Akhurst Memorial Cup after winning the Australian Open women’s final.

With the coronavirus pandemic causing havoc in sports across the globe, no fans were allowed to attend the 2020 US Open and Osaka lifted her trophy in an empty Arthur Ashe Stadium at Flushing Meadows in September.

She then skipped the French Open at Roland Garros before returning to action at the 2021 season-opening hard-court Grand Slam Down Under.

Limited crowds were initially allowed before fans were banned for five days after a few positive Covid-19 cases in Melbourne. However, spectators were once again allowed in for the final on Rod Laver Arena.

And they witnessed Osaka produce a clinical performance on Saturday evening as she brushed aside American Jennifer Brady 6-4, 6-3 to capture her fourth Grand Slam title.

The 23-year-old paid tribute to first-time major finalist Brady and her team.

“We played in the semi-finals of the US Open and I told everyone that would listen that you’re going to be a problem, and I was right,” she said. “To see your growth over the past few months is really cool.

She added: “I’d like to thank my team. I’ve been with them too long, a month and some change. They’re like my family. They’re the ones with me through my training, through my matches, through my nervous talks before my matches, and I’m really appreciative towards them. This one’s for you.

“Lastly but not least, I want to thank you guys (the fans). Thank you for coming and watching. It feels really incredible. I didn’t play my last Grand Slam with fans so just to have this energy it really means a lot.

“Thank you for opening your hearts and your arms towards us. For sure I feel like playing a Grand Slam right now is a super privilege and it’s something I won’t take for granted.”

It’s a privilege for us to watch you @naomiosaka 💙#AO2021 | #AusOpen pic.twitter.com/84dxjSnec0

Brady, meanwhile, also paid tribute to her opponent and feels there will be “many more” opportunities for her to win a major.

“First I would like to congratulate Naomi on another Grand Slam title,” she said.

“She’s such an inspiration to us all and what she’s doing for the game, getting the sport out there, and I hope young girls at home are watching and are inspired by what she’s doing.

“I would like to say thanks to my team. Without you guys I wouldn’t be standing here tonight so thanks very much for everything you’ve done for me and let’s keep going for more.

“It was special to play in front of fans in my first Grand Slam final. Hopefully I’m standing on the stage next time with this girl over here (the Daphne Akhurst Memorial Cup) but tonight it wasn’t meant to be. Hopefully there’s many more.”