John McEnroe: Nick Kyrgios has been bitten by the Grand Slam bug 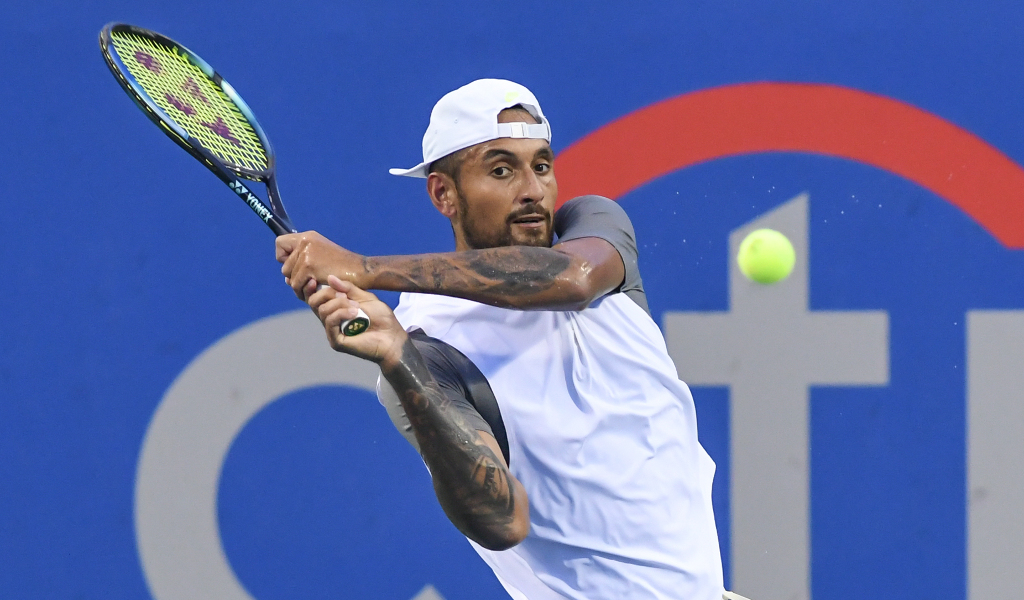 John McEnroe believes that Nick Kyrgios might have been bitten by the Grand Slam bug after his Wimbledon run.

McEnroe feels that the Australian firebrand is a player who is great for the game when at his best.

“I think that things fell into place for him beautifully at Wimbledon,” he said. “And hopefully he tasted that and wants more of it.

“Because obviously, for our sport, if he’s out there competing at the type of level and the effort that you need to do it, then he’s great for the game, obviously.”

McEnroe feels that Kyrgios is a talent that stands out from the crowd although he would opine that the emergence of Carlos Alcaraz means the Aussie isn’t alone in being ridiculously good.

The seven-time Grand Slam winner is looking forward to a potential third round meeting between Kyrgios and Paris Masters Champion Holger Rune.

“Alcaraz would be the first guy almost, to me, that would be as talented as Nick but mentally, you know, it looks like Carlos has just got the whole package already and got it right.

“I will be interested to see, because I know another guy Rune is the real deal. I believe they’re gonna play the third round so I very much look forward to seeing Kyrgios.

“I thought that that would be a heck of a match.”

McEnroe feels that the favourite for the Australian Open title is clear, as he suggests Novak Djokovic will be tough to stop.

“He’s certainly the favourite in my book going in,” he said. “Obviously, there’s got to be a lot of emotions going through his head, that’s for sure. It was one of the craziest years I’ve ever seen any athlete go through, and certainly in our sport.

“You have got to give him credit for sticking to his guns,” he said. “You know, it’s incredible that he’s really refused to sort of cave in and it cost him. Maybe it cost him having the all-time record grand slams, we don’t know yet. We’ll have to see how it plays out.

“But you can see how mentally tough he was just having to deal with all this starting with Australia where he was deported. That was a year ago. A lot has gone on since then.

“I think you can see a little bit of where, when he gets in his head to do something, it’s pretty tough to get him to alter what his thinking is. And so now, he’s in the right frame of mind. Something tells me he’s going to be pretty tough to beat there.

“He made a decision that most players wouldn’t have, including myself.

”I respect that he stuck with it because he still was able to win Wimbledon. Then he couldn’t play the [US] Open. I mean, it’s crazy what happened. So I’m glad to see it sort of calm down now.”

“It’d be hard not to be angry. The fact that he seems to be in a good headspace is great and he’s sort of forgiven the tournament or whoever, the Australian authorities because that was absolutely outrageously bad when I think what happened.

“Absurd in my opinion, and he got denied an opportunity to win an event that he won a lot of times, so thankfully, it seems like that’s gone away.”

READ MORE: Jack Draper chomping at the bit ahead of Rafael Nadal clash at Australian Open