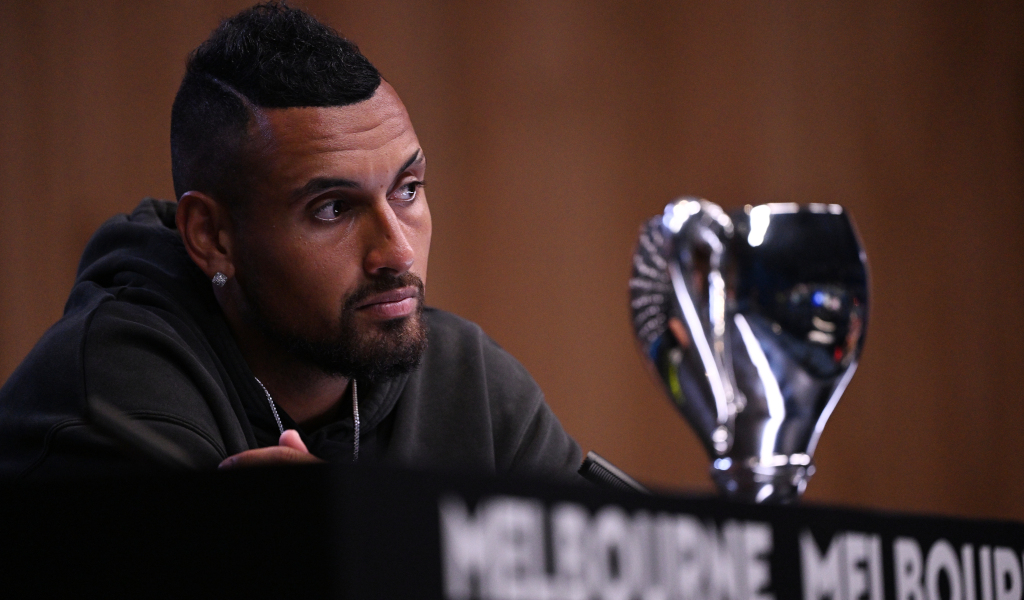 Australian Open men’s doubles champion Nick Kyrgios has slammed the media, insisting he said “nothing disrespectful” about Ashleigh Barty while he also had a go at finals opponent Max Purcell.

Following his doubles success on Rod Laver Arena on Saturday, there was plenty of self-praise from the 26-year-old over the way he and Thanasi Kokkinakis managed to get the support of the crowd.

“I would say that we’ve created probably the best atmosphere this tournament has ever seen,” he said.

“Ash father came to us and said the crowd was the best he’s ever seen. Obviously Ash is a hell of a player, but I think the ratings speak for themselves.

“The ratings speak for themselves. People watch my matches, everywhere I play around the world the stadiums are full for that reason.”

While “Special Ks” – as Kyrgios and Kokkinakis are referred to – certainly had a lot of boisterous support in the stands, the ratings did tell a bit of a different story.

His comments drew a lot of criticism and Kyrgios was not impressed with the way the media reported his remarks.

“F*** you media,” he wrote. “Honestly, I said nothing disrespectful to @ashbarty — I said that the crowd this year was amazing and I feel as if @the_kokk1 and I were a big part of that.

“Ash’s father came to me and even said that.

“All I said was that when people watch me around the world the stadiums are full, I grew up with Ash and always knew her potential.” 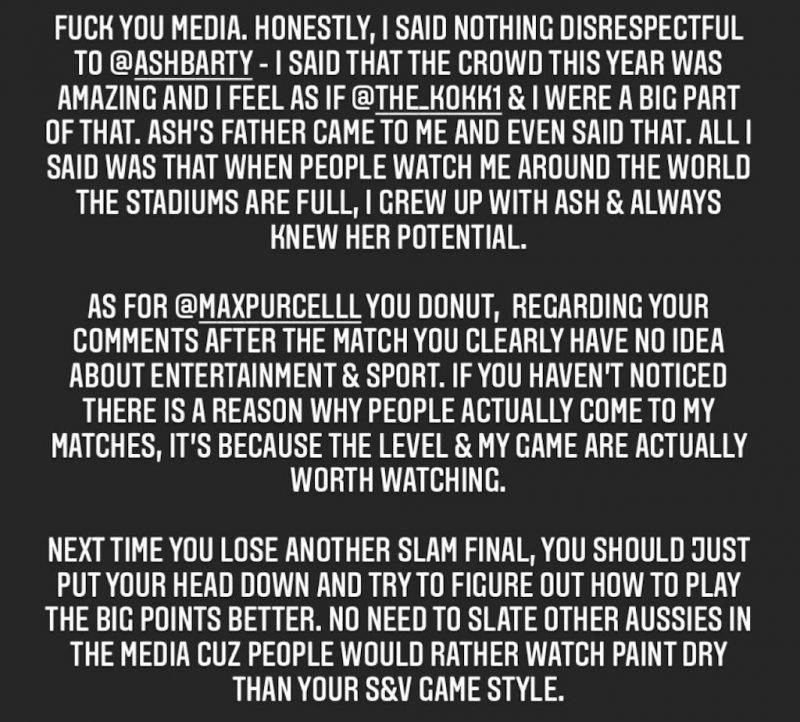 Purcell, who lost the all-Australian final alongside Matthew Ebden, also came under fire after he admitted he was not too big a fan of the overzealous supporting.

“I think it was great for ticket sales here, but I’m not so sure how it was taken overseas,” he said.

“If you’re watching some of Nick and Thanasi’s matches earlier in the week and you’re overseas, maybe you get turned off tennis a little bit.”

But Kyrgios did not take kindly to his compatriot’s quotes.

He added: “As for @maxpurcell you donut, regarding your comments after the match you clearly have no idea about entertainment and sport.

“If you haven’t noticed there is a reason why people actually come to my matches, it’s because the level and my game are actually worth watching.

“Next time you lose another slam final, you should just put your head down and try to figure out how to play the big points better.

“No need to slate other Aussies in the media cuz people would rather watch paint dry than your s and v (serve and volley) game style.”