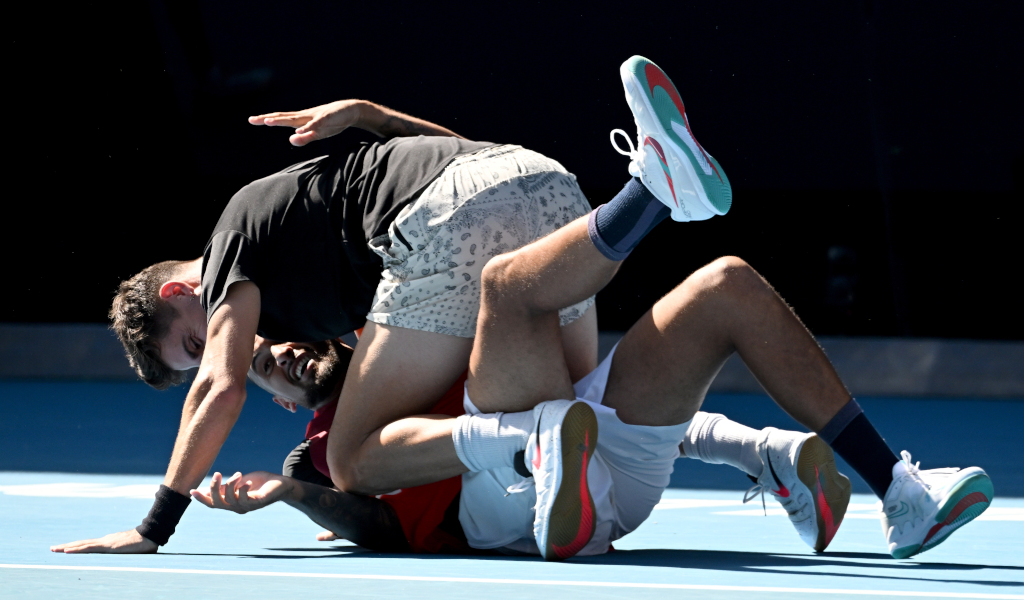 The Nick Kyrgios and Thanasi Kokkonakis show has one final act remaining after they booked their place in the showpiece match of the men’s doubles the 2022 Australian Open.

In their latest surprise victory, the Australian pair claimed the scalps of third seeds Marcel Granollers and Horacio Zeballos, winning 7-6 (7-5) 6-4 in one hour and 47 minutes.

After no breaks of serve in the first set, the wildcard duo edged the tie-breaker while two breaks in the second set earned them the victory.

Dubbed Special Ks, Kyrgios and Kokkonakis have been the darlings at Melbourne Park with their boisterous celebrations and acts leading to equally boisterous support from the stands.

“I’ve played a lot of singles matches around the globe with amazing atmospheres, but this week with Thanasi. Nothing beats this, this has been insane,” Kyrgios said.

“It’s all about the crowd, the atmosphere. That is what gets us going. We worry about the tennis second. We would not have had this result anywhere else it’s sick.

“Both of us bring something different. A different energy, a different charisma on the court. We just enjoy it and have fun. I think we’re unpredictable and that’s why the crowd enjoy it.”

It will be an Australian final as Matthew Ebden and Max Purcell beat second seeds Rajeev Ram and Joe Salisbury.

“They are great doubles players we’re not going to take them lightly. They are obviously playing some good tennis,” Kyrgios said of their next opponents.

“It’s the final so I’m looking forward to it. It’s great to see Aussies having success. I’m super excited and soaking it all in.”