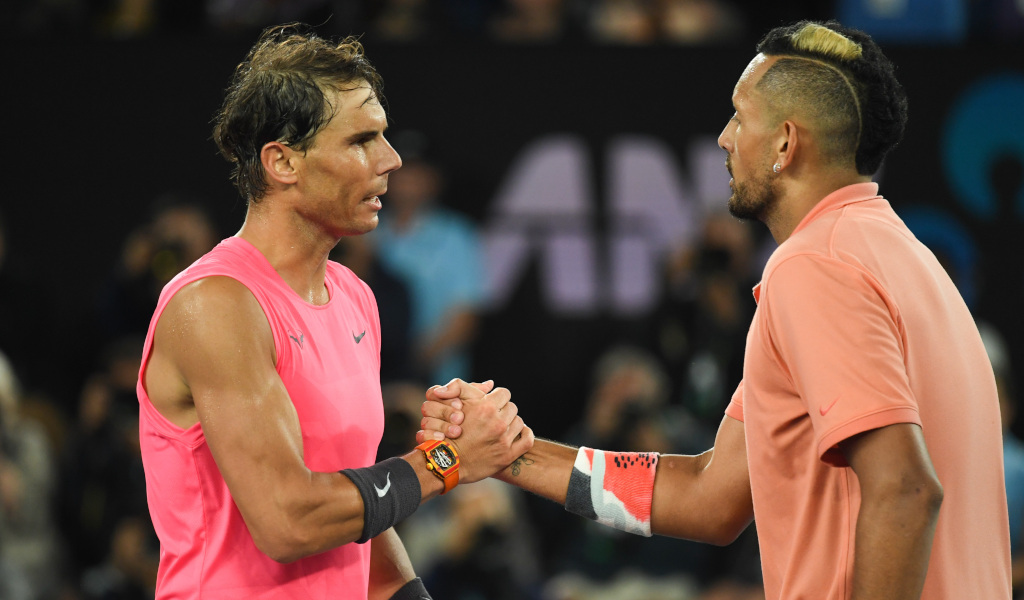 Nick Kyrgios has pleaded with Rafael Nadal and Novak Djokovic to play at the Australian Open, saying it would be a “disaster” if the entire ‘Big Three’ were missing from the Slam.

Swiss superstar Roger Federer has already withdrawn as he is recovering from a knee injury and Nadal’s participation is up in the air after he contracted COVID-19.

Djokovic is seemingly healthy and on the entry list for the first Grand Slam of the year, however he has refused to confirm if he has been vaccinated, casting doubt on whether he take part.

The dominant ‘Big Three’ have won an incredible 60 Grand Slam titles between and Kyrgios said tennis still needs them.

“I honestly don’t know Novak’s current situation with anything Covid-related or what he needs to play,” Kyrgios told the Melbourne Age newspaper.

“I hope he’s had a good Christmas and I hope he’s able to play in the sport for as long as possible because I’ve voiced before I think Federer, Nadal and Djokovic need to be (playing).

“If all three aren’t there, it’s a disaster. It’s an absolute disaster for the fans and the people that enjoy tennis.

“Yes, it’s obviously a good opportunity for some of the younger guys to come through and make an impact, but as a whole, we do need them to be part of the sport.”

Dominic Thiem withdraws from Australian Open due to injury

Adding to Australian Open organisers’ headaches, Dominic Thiem, who lost to Djokovic in a five-set classic in the 2020 final, confirmed on Tuesday he would miss the event with a wrist injury.

Russian world number five Andrey Rublev and Canada’s Wimbledon semi-finalist Denis Shapovalov are also recovering from coronavirus, casting a shadow over their readiness for the start of the 2022 season.

The Australian Open starts at Melbourne Park on January 17.

World number 93 Kyrgios has not played since the Laver Cup in late September, citing a knee injury, and said he was looking forward to performing again in front of his home fans.

“My knee is something that has been hindering my career for a while now, it’s just something I had cleaned up last year and it feels good,” he told the newspaper.

“I want to enjoy myself, I want to be happy, and that is it.”

Kyrgios, who will miss the ATP Cup due to his low ranking, is set to kickstart his 2022 campaign at the Melbourne Summer Set event from January 4.