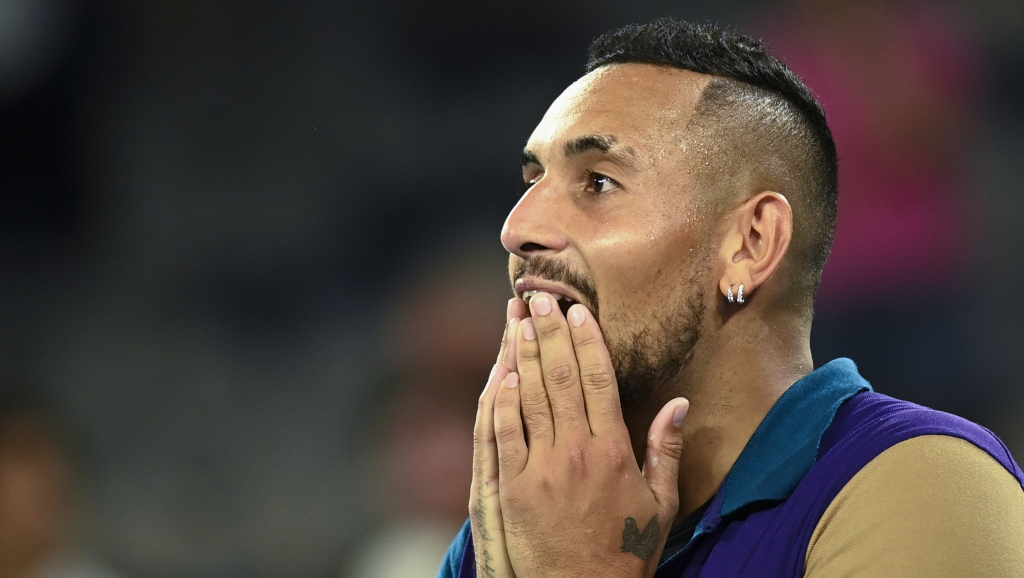 Former Australian player Sam Groth has described Nick Kyrgios as a “global superstar” and “pure box office”, saying he is the sport’s “biggest drawcard” outside of Roger Federer, Rafael Nadal and Serena Williams.

Kyrgios was at his entertaining best in the second round of the Australian Open on Wednesday as he pulled off a stunning five-set win over Ugo Humbert after saving two match points.

The match contained all the usual Kyrgios antics as he played trick shots, argued with the chair umpire, received a penalty point and smashed his racket.

Tennis commentator Groth says his compatriot “puts bums on seats” with his performances and is only behind Federer, Nadal and Williams in terms of players attracting the public’s attention.

“The man’s pure box office. He’s never going to be the poster boy for good behaviour. People tend to only focus on the negative with Nick when actually he should be celebrated,” he told the Herald Sun.

“What he did on Wednesday night was phenomenal. It was box office tennis. It was the match this tournament has been crying out for, the Australian Open finally came to life.

“I’d go as far as saying tennis needs Nick far more than Nick needs tennis. He might not be our best athlete but he is certainly the most entertaining.

“The crowd atmosphere at a Nick Kyrgios match is like nothing I’ve experienced with any other player.

“Nick brings hysteria. It’s another level of wild. That’s why organisers and broadcasters want him in their event’s prime time slot, not just here but around the world.

Nick Kyrgios on next Australian Open opponent Dominic Thiem: ‘He trains like an absolute animal’

“He’s a global superstar. Behind Federer, Nadal and Serena Williams, he is the biggest drawcard. He puts bums on seats.

“And if you’re still unable to simply enjoy the drama and theatre he brigs to the court and our TV screens because you’re hung up on his public image, I just don’t understand you.

“I don’t know what more the guy can do to change people’s minds. He’s not going to change and why should he? Nick is who is he and like him or not, I bet you are still going to watch him.”